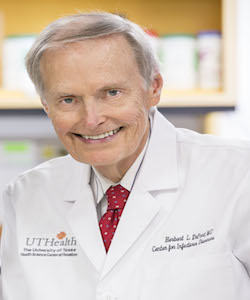 As fecal microbiota transplantation (FMT) becomes standard in treating patients with Clostridium difficile (C. difficile) infection, much of the associated research has focused on the benefits of frozen and freeze-dried products vs. fresh products.

While patients with the superbug are initially treated with antibiotics, often that’s not enough to fully eradicate the infection triggered by the C. difficile spores populating the gut.

Experts have previously confirmed that FMT can successfully treat these patients, since the procedure works to replenish the gut with “good” bacteria.

However, a study by researchers from the University of Texas and Kelsey Research Foundation, published in Alimentary Pharmacology and Therapeutics, is the first to show that frozen and freeze-dried products are just as effective.

The research team conducted a clinical trial including enrolling 72 patients who had experienced at least 3 different scenarios of recurrent C. difficile, and randomly treated them with fresh, frozen, or freeze-dried FMT product through a colonoscopy. The subjects provided stools pre- and 7,14, and 30 days after FMT for C. difficile toxin.

According to study results:

The team also found that frozen and fresh product fully restored the microbiota diversity among patients within 7 days following treatment.

Despite the lower cure rate (potentially caused by less of the “good” bacteria surviving the freezing process), the freeze-dried product did resemble the other treatments in microbial restoration approximately 1 month after FMT.

Researchers noted one positive is that the freeze-dried product could be turned into a pill that can simply be administered orally.

Prior reports have indicated that the FMT procedure of a physician extracting bacteria from fecal matter from a healthy donor and transferring the mixed bacteria-solution microbiota through colonoscopy, endoscopy, sigmoidoscopy, or enema often turned patients with C. difficile away from proper treatment.

Researchers suggest that these new findings could provide a more tolerable route for patients to treat their persisting infections – a pill form.

According to Herbert Dupont, MD, senior author, the findings could lead to  an end to the “logistical nightmare” of using fresh bacteria for FMT. “If we were going to treat you today, a donor would have to come in two hours before. We would have already isolated the sample and would have to administer it the same day. A pill form of the product could make all of this easier,” Dupont said in a news release.

The team acknowledged further research is necessary to analyze the safety and efficacy of a pill version of the treatment and explore ways to protect the “good” bacteria during the freezing process.

The study, “Randomised clinical trial: faecal microbiota transplantation for recurrent Clostridium difficile infection – fresh, or frozen, or lyophilized microbiota from a small pool of healthy donors delivered by colonoscopy,” was published in Alimentary Pharmacology and Therapeutics.