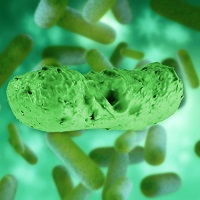 A multi-study analysis shows that a majority of patients with hepatitis C maintained sustained virological response (SVR) five years after they were treated but researchers found higher risk of reinfection among patients in two subgroups.

Researchers set out to systematically review evidence from a number of studies that examined the durability of treatment-induced SVR in patients with chronic hepatitis C virus and conduct a meta-analysis to provide summary estimates of the recurrence rate by risk group. The findings were published online January 19 in the journal Clinical Infectious Diseases.

Hepatitis C treatment is considered successful if a patient achieves SVR, an indication that HCV RNA is no longer detectable in his or her blood 12-to-24 weeks after treatment ends. This cure marker is associated with improved prognosis compared to patients who aren’t treated or fail therapy, with benefits that include “improved histology, reduced risk of hepatocellular carcinoma, and improved overall survival,” the authors note.

The majority of studies reviewed by the researchers involved recurrence of HCV after interferon-based treatments, which has lost favor in the past few years over newly approved direct-acting antiviral drugs that don’t require interferon. All studies included in the analysis evaluated SVR at 24 weeks post-treatment.

Researchers calculated the recurrence rate for each study using events/person years of follow-up (PYFU). Using a random-effects model, they pooled the results and used them to calculate the 5-year recurrence risk for each of the three groups.

For the low risk group, researchers reviewed 43 studies and found that HCV returned in 108 of 7,969 patients and determined a pooled recurrence rate of 1.85/1000 PYFU.