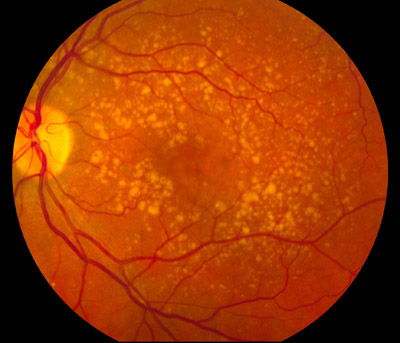 The results of a recent phase 2 clinical trial exploring the therapeutic effects and safety of a twice-daily oral treatment for patients with treatment-naïve neovascular age-related macular degeneration(nAMD) were presented at the 2019 Retina World Congress.

The trial found that AKST4290, a highly selective and potent small molecule antagonist of CCR3, was safe, well-tolerated, and provided a mean increase in Best Corrected Visual Acuity (BCVA) in naïve nAMD trial subjects. In terms of letters gained according to the Early Treatment Diabetic Retinopathy Study (ETDRS) system, 83% of subjects’ eyes had maintenance or improvement of BCVA, with a mean of more than 7 letters gained. Additionally, 21% of subjects gained 15 or more letters.

"These early data for AKST4290 are extremely promising, showing an impressive increase in visual acuity even over a short 6-week period of treatment,” said Michael Stewart, MD, chair of the department of ophthalmology at the Mayo Clinic, Jacksonville. “The potential for gaining meaningful visual improvement with an oral agent in neovascular AMD represents a major step forward for patients. Based on the data, it is clear these encouraging results warrant further study."

AKST4290, which is created by Alkahest Inc., is a 400 mg twice per day oral treatment regimen for patients with nAMD that is naïve to anti-VEGF treatment. The primary endpoint of the phase 2a trial was mean change in BCVA measured according to the ETDRS system. Safety was the secondary endpoint, measured by the incidence and severity of adverse events.

The study included 30 participants, 29 of which were considered evaluable. In order to be included, participants had to be 50 years of age or older, have a BCVA letter score, as measured by ETDRS, between 70 and 24 letters in the study eye at screening, been newly diagnosed with active choroidal neovascularization secondary to AMD with the following characteristics applied to the study eye: no prior treatment for nAMD, central subfield retinal thickness greater or equal to 250 microns on spectral domain optical coherence tomography, and total lesion size not greater than 12 disc areas on fluorescein angiography among others.

Investigators found that 83% of subjects’ eyes had maintenance or improvement of BCVA, in terms of letters gained according to ETDRS system. The mean gain was 7 letters, while 21% of subjects gained 15 letters or more. Investigators noted trends in morphological changes in retinal pigment epithelium detachment height in correlation with increase in BCVA, which will be further investigated in future trials. No serious adverse events or discontinuations due to adverse events were noted in the trial and the drug was well tolerated.

“Today, the standard of care for this disease involves burdensome intravitreal injections, which can result in under-treatment of patients over time,” said Karoly Nikolich, PhD, co-founder and chief executive officer of Alkahest. “Alkahest's data show the potential for an orally-administered agent to safely increase visual acuity in nAMD, which would be a true medical advance for patients."

In addition to this, Alkahest also conducted the AKST4290-202 study, a parallel Phase 2a clinical trial designed to evaluate the therapeutic effects and safety of the same treatment regimen in patients with refractory nAMD no longer responding to anti-VEGF therapy. Data from this trial will be presented later in 2019.