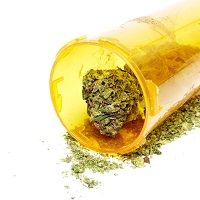 The news had already been reported by the New York University Langone Medical Center researcher conducting the studies, but the pharma company’s announcement was well received by financial analysts,

The study is first of four final-stage Phase III epilepsy trials investigating the potential of the child-friendly syrup that contains cannabidiol, an element of marijuana that does not make people high.

Results from the 120-patient trial showed that individuals who took Epidiolex had a median reduction in monthly convulsive seizures of 39% compared to a 13% reduction for the placebo group.

According to Justin Gover, Chief Executive of GW Pharmaceuticals, “This shows that cannabinoids can produce compelling and clinical important data and represent a highly promising new class of medications, hopefully in a range of conditions.”

There are currently no FDA-approved therapies for Dravet syndrome.

GW plans to request a meeting with the FDA to discuss its plans to seek regulatory approval for treating this rare form of epilepsy.

The study’s lead investigator, Orrin Devinsky, MD, of NYU’s Comprehensive Epilepsy Center at New York University Langone Medical Center, commented, “I would strongly advocate that in the US we need to do systematic assessments of medical marijuana.”

Analysts predict Epidiolex will cost $2,500 to $5,000 a month, however this could be covered by insurance.

If Epidiolex achieves regulatory approval, it would be the first prescription drug in the US extracted from marijuana.