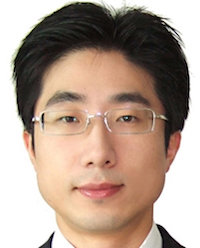 Visual and anatomical outcomes were significantly improved after 3 monthly treatments with ranibizumab for patients with age-related macular degeneration (AMD), according to a new report.

Investigators from South Korea conducted a post-hoc analysis of ranibizumab treatment among patients in order to analyze the associated factors for visual outcome. The 4136 patients were enrolled and followed for 12 weeks at routine clinical practice. The study authors recorded data such as changes in best-corrected visual acuity (BCVA), size of choroidal neovascularization (CNV), and the presence of hemorrhage and exudate were examined, as well as the association between BCVA changes and baseline characteristics. They also collected data about ocular and systemic adverse events.

The Ministry of Food and Drug Safety of Korea approved ranibizumab for the treatment of AMD in 2007, though no large-scale data about its safety and efficacy has been recorded.

For comparison, in the US, the FDA approved ranibizumab for the treatment of AMD in 2006.

This is equivalent to about a 6.5 letter gain, the study authors said. The treatment naïve group showed statistically greater improvement in vision than the non-naïve group, though those patients improved as well.

“The result is very similar to the data of Western population: about 7.5 letter gain was achieved after 3 monthly injections of ranibizumab in treatment-naive patients,” Woo said.

The study authors found that eyes with occult CNV without a classic component improved the least compared to the other types of CNV. The size of CNV decreased by 68.9% of all patients in the efficacy group. Plus, in more than 70% of patients, retinal or subretinal hemorrhage and exudate also improved. Again, a greater proportion of the treatment naïve patients showed improvement compared to the non-naïve group, the investigators added.

There were 37 adverse outcomes (0.01%) and 3 were serious. There were no new safety signals found compared to previous ranibizumab clinical trials. Investigators said there were no significant differences among the rate of ocular and systemic adverse events between treatment naïve and non-naïve patients.

“Our findings suggest that Korean AMD patients could have benefit similar to other ethnicities and that the patients with poor vision should not be neglected and should be treated actively,” Woo said, while the study authors wrote that these ranibizumab injections showed safety and efficacy in the real world that were comparable to the results demonstrated in randomized controlled trials.

The paper, “Short-term Efficacy and Safety of Ranibizumab for Neovascular Age-related Macular Degeneration in the Real World: A Post-marketing Surveillance Study,” was published in the Korean Journal of Ophthalmology.

Click here to sign up for more HCPLive® content and updates.
Related Coverage >>>
Anne Fung, MD: Phase 3 ARCHWAY Top Line Results
Early Intervention Could Help Preserve Vision Following Occipital Stroke
Young Kim, PhD: mHematology Technology and Assessing for Anemia
You May Also be Interested in
Most Popular
No New Recommendations for Cognitive Screenings in Older Adults
What Should I Do With This Abnormal ALT?
Top 10 Painkillers in the US
Experts Advise on Asthma Care, Management during COVID-19
When to Suspect Diarrhea is Symptom of a Clostridium Difficile