Radiation after Mastectomy and Immediate Reconstruction: Risk Factor for Failure 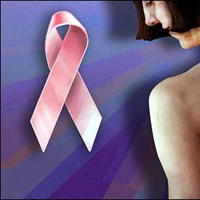 Four trends—increased use of preoperative MRI, increased awareness of genetic predisposition, celebrities’ well-publicized mastectomy choices, and patient preference—have increased the likelihood that surgeons will perform contralateral prophylactic mastectomy. Many patients, after hearing their options, choose to have immediate reconstruction, with tissue expander and implant (TE/I) reconstruction often preferred and sometimes the patient’s only option. A 2014 study published by the Early Breast Cancer Trialists' Collaborative Group found that radiotherapy reduces recurrence and breast cancer mortality in the women with 1 to 3 positive lymph nodes even when systemic therapy was given. Radiation, however, can increase complication rates and reconstruction failure (RF; removal of the TE or I with the inability to replace it) after immediate reconstruction.

Researchers from the University of California, San Francisco report that strongest predictor of RF was absence of total TE/I coverage (acellular dermal matrix and/or serratus muscle) at the time of radiation.

The researchers reviewed records from 99 stage II to III breast cancer patients (all women) who underwent skin-sparing mastectomies or total nipple/areolar skin-sparing mastectomies with immediate TE/I reconstruction and PMRT. Ninety-seven percent had doxorubicin and taxane-based chemotherapy, 22% underwent targeted therapies, and 78% had endocrine therapy. These women received radiation to the reconstructed breast with or without treatment to the supraclavicular nodes.

Eighteen percent of women experienced total TE/I failure, 2/3 of whom had no final reconstruction and 1/3 who converted to autologous reconstruction.

Patients who lacked total TE/I coverage at the time of radiation were at significantly higher risk for RF. One-third of patients without total coverage experienced RF as opposed to 9% with coverage.

Women whose mastectomy scar was located in the infra-mammary fold region had higher RF (19%) than women with scars located elsewhere (0%).

Weight was a significant factor for RF, with women weighing 120 pounds or less 5.25 more likely to experience RF than women weigh 121 pounds or more. This finding is different than that reported in other studies. The researchers indicate that in this study, weight appeared to be a surrogate for the interaction of total coverage, thin skin flaps, interval to exchange, and location of the mastectomy scar.

The researchers also found that the preferred interval to exchange was 6 months.

This study was published in the International Journal of Radiation Oncology, Biology, and Physics.