Racial Disparities in HIV and Syphilis Vary Widely by State 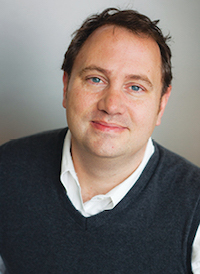 Patrick Sullivan, DVM, PhD
Black and Hispanic men who have sex with men (MSM) tend to have higher rates—sometimes much higher rates—of HIV and syphilis than their white counterparts, but a new analysis found that the size of the disparity varies considerably from one state to the next.

“For example, factors like stigma, discrimination, and homophobia can shape risks for black and Hispanic MSM, and those factors may differ among states,” he said. “Similarly, socio-economic issues driven by poverty can result in less access to healthcare, problems with stable housing, or less access to education.”

Sullivan and colleagues sifted through state-level data from 2015 and 2016 in order to come up with estimates of HIV and syphilis rates among different racial and ethnic groups within states.

Though this paper did not specifically look at Medicaid expansion, Sullivan said previous research has shown that states that did not expand Medicaid had lower rates of pre-exposure prophylaxis (PrEP) use, and thus it would follow that those states might have higher rates of HIV diagnoses.

Sullivan said states with the highest disparities ought to undertake a self-evaluation centered around several questions.

“First, are the prevention resources aligned with the communities where the impact is greatest?” he said. “Are the interventions being provided optimal for the specific groups at greatest risk? Are they being delivered in the parts of the community where the disparity population is most concentrated?”

Sullivan said states should also check in with local planning bodies to see how interventions are being delivered and whether there is a gap between expected and actual efficacy.

“Addressing disparities should represent a cycle that measures and recognizes disparities, seeks information from within communities about whether programs are reaching those at greatest risk, attempts to adjust where and how programs are implemented, and continues to re-evaluate and monitor the impacts,” he said.

The study, “Patterns of Racial/Ethnic Disparities and Prevalence in HIV and Syphilis Diagnoses Among Men Who Have Sex With Men, 2016: A Novel Data Visualization,” was published in the American Journal of Public Health.