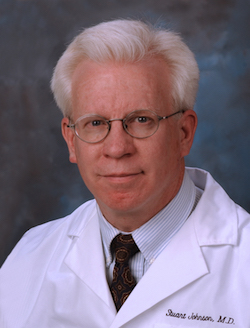 A tapered and pulsed regimen with vancomycin — with diligent follow-up — can achieve significant cure rates in recurrent Clostridium difficile (C. difficile) infected patients, according to a new study.

Researchers from Loyola Medicine retrospectively studied 100 vancomycin taper and pulse treatment patients treated for recurrent C. difficile infection between January 1, 2009 and December 31, 2014. Their clinic, the study authors wrote, has been a referral center for the infection for the past decade.

However, despite the guidelines for treatment of recurrent C. difficile infection being not too different than recurrent episodes – except for the use of vancomycin when the case is severe – there have not been many studies on this vancomycin taper and pulsed dosing.

On average, the patients in the clinic were on their third C. difficile diarrhea episode. Half of the patients had also received a standard course of vancomycin, while another third had received some type of vancomycin taper regimen, the researchers said.

“The findings were not unexpected to us, but I think that many clinicians will be surprised how well a deliberate, prolonged vancomycin taper and pulse regimen – with careful follow up – works,” Johnson said.

There were no significant differences among the patients in terms of gender, age, concomitant antibiotics, proton pump inhibitor use, histamine receptor-2 blocker use, or patients with a regimen greater than 10 weeks in length, the researchers continued.

The researchers added that their finding of improved cure rates with alternate-day dosing plus every third day dosing over strictly alternate-day dosing is consistent with the hypothesis that pulsed dosing can promote a cyclical decrease in spore burden, they wrote. This can also permit the resetting of normal microbiota in the gut.

Johnson concluded that the clinical implications of the study show most recurrent C. difficile patients do not need fecal microbiota transplant (FMT).

“FMT has received an enormous amount of press and this procedure is now widely available throughout the US,” Johnson said. “FMT is attractive because it addresses one of the primary mechanisms involved with recurrent C. difficile infection, a marked disruption of the resident bacteria that populate the intestine and provide an important host defense against C. difficile.

Although physicians screen donor feces for “known pathogens,” not all is known of the potential complications to come from FMT, Johnson said.

“In addition, it appears that efficacy with a carefully supervised vancomycin taper and pulse regimen compare to that achieved with FMT,” Johnson said.

The study, “Vancomycin Taper and Pulsed Regimen with careful Follow up for Patients with Recurrent Clostridium difficile Infection,” was published in the journal Clinical Infectious Diseases.

Click here to sign up for more HCPLive® content and updates.
Related Coverage >>>
Loperamide's Role in Conjunction With Fecal Microbiota Transplantation to Treat Recurrent C difficile
Metronidazole Successful for Mild C Difficile in Patients Under 65
Adding Ultraviolet Light to Disinfection Reduces C Difficile Infection
You May Also be Interested in
Most Popular
Limited Supply of Chloroquine, Hydroxychloroquine Could Affect COVID-19 Use
Comparing RT-PCR and Chest CT for Diagnosing COVID-19
The Fear of the Coronavirus, and the Reality of the Flu
Flu Cases Near 30 Million in the US, CDC Reports
COVID-19 Affects Mental Health of Nurses, Frontline Workers More Than Others