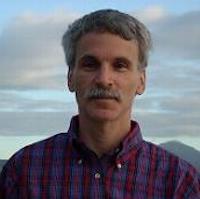 Carl Latkin, PhD
A new study has shown that drug users who use illicit drugs frequently and in public places are more likely to witness others overdosing, and thus may be good candidates for naloxone treatment training.

Many have pushed for emergency responders to carry naloxone, including the Jerome Adams, MD, MPH, the US Surgeon General, who recently released a statement advising more US citizens to carry the antidote, noting that “expanding the awareness and availability of this medication is a key part of the public health response to the opioid epidemic.”

Some studies have shown that bystanders can administer the drug effectively, which is especially important if fentanyl is involved, as it is highly potent, and, in those cases, immediate administration of naloxone is crucial to reverse an overdose.

Although, the supply of naloxone is limited, so Carl Latkin, PhD, a professor of Department of Health, Behavior, and Society at Johns Hopkins University, and his team set out to see if they could predict which people were most likely to witness an overdose, so they could provide these individuals with naloxone and training.

“Since individuals cannot administer naloxone to themselves to reverse an opioid overdose, we need to find out who tends to observe opioid overdoses,” he told MD Magazine.

One of the most challenging aspects of studying substance abuse is recruiting study participants that admit to illicit drug use. To mitigate this challenge, the team surveyed individuals who had been recruited for another study, a clinical trial regarding HIV prevention. The team surveyed 450 individuals living in Baltimore from 2009–2013 who were between the ages of 18 and 55 and had expressed that they’d be willing to undergo behavioral interventions to reduce the risk of contracting HIV.

In addition to the questions on the survey about behaviors which were directly related to HIV risk, the team asked participants about their drug use. The questions asked how long ago, if ever, participants had used drugs such as cocaine and heroin (63% had injected, 84% had snorted), whether or not they had ever overdosed (38%), how recently—if at all—they had witnessed someone else overdosing (75%), and how they reacted to overdoses. They were also asked where they were most likely to use these drugs, such as at home, a friend’s house, outside, “crack houses,” or public places.

Those who had witnessed the most overdoses were less likely to engage in productive life-saving behaviors, suggesting they could benefit from training. The findings prompted Latkin to urge doctors to talk to their patients about opioid use.

The study, “The relationship between drug use settings, roles in the drug economy, and witnessing a drug overdose in Baltimore, Maryland,” was published in Substance Abuse.