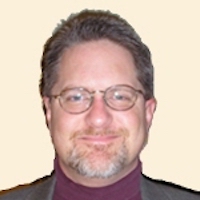 In a new cohort study, investigators led by Jeffrey F. Scherrer, PhD, Department of Family and Community Medicine, Saint Louis University School of Medicine, examined medical record data from the Veterans Health Affairs of 5916 patients who received PTSD specialty care between 2008-2012 with a follow-up in 2015.

The team discovered meaningful PTSD improvement compared with less than clinically meaningful or no improvement was linked with a 49% lower risk of incident type 2 diabetes.

In the study, eligible patients had 1 or more PTSD Checklist (PCL) scores of 50 or higher between 2008-2012 and a second PCL score within the following 12 months and at least 8 weeks after the first PCL score of 50 or higher.

The team believes the study could yield better therapies and treatments to reduce the risk of type 2 diabetes.

“The findings suggest that clinically meaningful reductions in PTSD symptoms are associated with a lower risk of T2D,” the authors wrote. “A decrease in PCL score, whether through treatment or spontaneous improvement, may help mitigate the greater risk of T2D in patients with PTSD.”

In 2015, investigators found that PTSD may elevate the risk of type 2 diabetes mellitus (T2DM) in women.

Click here to sign up for more HCPLive® content and updates.
Related Coverage >>>
FDA Approves First Quadrivalent, Adjuvanted Flu Vaccine for Older Adults
Dulaglutide Receives FDA Approval for Reducing MACE in Type 2 Diabetics
Tweet Chat on Burnout Scheduled for February 24
You May Also be Interested in
Most Popular
Novalung System Granted 510(k) Clearance for Whole ECMO System
The Fear of the Coronavirus, and the Reality of the Flu
Gut Microbiota Could Be a Biomarker for Pulmonary Arterial Hypertension
Psoriasis Increases Cancer Risk
Navy Medicine: A Strategic Roadmap for Implementing a Virtual Mental Health Program