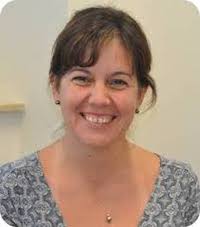 While mental health disorders are 1 of the leading reasons for physician visits in the US for working adults, there is no research connecting psychosocial stressors at work to absenteeism.

Recently, Caroline S. Duchaine, MSc, Faculty of Medicine at Laval University, led a team of investigators in examining whether psychosocial stressors at work increase the risk of sickness absence because of a diagnosed mental disorder.

The investigators examined 7 electronic databases, 3 gray literature databases, and the reference list of all eligible studies and reviews.

They only included original prospective studies that evaluated the association of at least 1 psychosocial stressor at work from the 3 most recognized theoretical models: the job demand-control-support model, including exposure to job strain (high psychological demands with low job control), effort-reward imbalance model, and organization justice model.

In industrialized countries, 20-25% of workers are exposed to these 3 psychosocial stressors at work.

A total 13 studies involving 130,056 participants were included in the 6 meta-analyses. The majority of the study populations originated from European countries or Canada, while 2 of the studies were from Japan.

The study populations included both blue-collar and white-collar works, as well as healthcare workers, manufacturing workers, distribution and transportation workers, and information technology workers. The follow-up ranged from 6 months to 12 years and the minimum number of days a worker had to be absent from work to be considered a case varied between 1-5 days., 6-10 days, 15-30 days, 42-90 days, and 1 year to 300 days during 2 consecutive years.

All of the mental disorders were issued or validated by a physician.

Workers exposed to low reward were linked to a higher risk of sickness absence due to a diagnosed mental disorder compared with nonexposed workers (pooled risk ratio [RR], 1.76; 95% CI, 1.49-2.08).

The investigators found psychosocial stressors at work were linked to an 76% increase of sickness absence due to a diagnosed mental disorder when compared to nonexposed workers.

“This meta-analysis found that workers exposed to psychosocial stressors at work were associated with a higher risk of sickness absence due to a mental disorder,” the authors wrote. “A better understanding of the importance of these stressors could help physicians when evaluating their patients’ mental health and work capacity.”

The study, “Psychosocial Stressors at Work and the Risk of Sickness Absence Due to a Diagnosed Mental Disorder,” was published online in JAMA Psychiatry.