Study Finds Psychiatric Medications Are Not Overprescribed for Kids 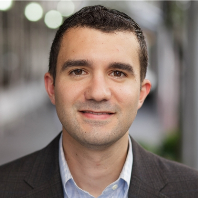 Ryan Sultan, MD
A new study at Columbia University Irving Medical Center challenges the popular notion that psychiatric medications are overprescribed in children and adolescents in the US.

Published in the Journal of Child and Adolescent Psychopharmacology, researchers compared prescribing rates with prevalence rates for the most common psychiatric disorders in children.

“Accurate prescribing of psychiatric medications to youth can be a challenging,” Ryan Sultan, MD, child psychiatrist and clinical researcher in the areas of Schizophrenia, Anxiety, Depression and ADHD at Columbia University Medical Center, said to MD Magazine. “When pediatricians or family practitioners are unsure or feel out of their comfort zone, they should strongly consider referring for consultation to a child psychiatrist.”

Researchers pulled data from a national prescription database to look at annual prescriptions for 3 psychiatric drug classes: stimulants, antidepressants and antipsychotics for 6.3 million children between the ages of 3–24 years.

The findings indicated annual stimulant and antipsychotic percentage for males were higher than corresponding percentage for females but intersected for young adults.

"The patterns of filled prescriptions for antidepressants and stimulants are broadly consistent with developmental onsets of the common mental disorders from early childhood to young adulthood," the researchers said. "However, the percentages of young people prescribed stimulant and antidepressant medications were lower than the known prevalence of corresponding disorders, and the demographic pattern of antipsychotic prescribing likely represents the heterogeneity of conditions treated with this class of medications."

An estimated 1 in 8 US teenagers endure a depressive episode while roughly 1 in 12 children display symptoms of ADHD annually.

During the study years, fewer than 1 in 30 teens received a prescription for antidepressants and 1 in 20 were prescribed stimulants.

“It is important for physicians to complete a through diagnostic assessment before starting a new psychiatric medication. This assessment should include a thoughtful and balanced discussion about the risks and benefits of prescribing a medication versus the risks and benefits of not prescribing," Sultan added. "This conversation is of paramount importance as there are risks to not treating youth."

Click here to sign up for more HCPLive® content and updates.
Related Coverage >>>
Factors That Predispose for ADHD
Clinical Subtypes of ADHD
Maternal Hypertension Increases Risk of Mental Health Disorders in Children
You May Also be Interested in
Most Popular
Brian LaMoreaux, MD: Practicing Rheumatology During and After COVID-19
Experts Advise on Asthma Care, Management during COVID-19
Nitrous Oxide Useful, Safe Option for Relieving Pain During Childbirth
Past Outbreaks Shed Light on COVID-19 Psychiatric Risks
Benzodiazepine Use Increases Risk of Ectopic Pregnancy