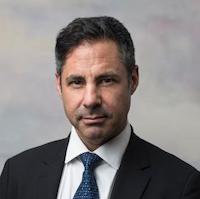 A single dose of psilocybin could help cancer patients reduce the accompanying symptoms of depression and anxiety.

A team, led by investigators from the NYU Grossman School of Medicine, discovered a one-time, single dose treatment of psilocybin in conjunction with psychotherapy could yield significant improvements in emotional and existential distress in cancer patients that persist nearly 5 years following the administration of the drug.

The original study included 29 cancer patients with 9 psychotherapy sessions and a single dose of either psilocybin or niacin, an active placebo that can produce a physical flush sensation that mimics a psychedelic drug experience.

Following 7 weeks, all of the participants swapped treatments and were monitored with clinical outcome measures for anxiety, depression, and existential distress.

The new study represents a long-term follow-up with assessments at about 3 years and 4.5 years following a single-dose psilocybin administration of a subset of participants from the original trial.

Approximately 60-80% of patients in the original study met the criteria for clinically significant antidepressant or anxiolytic responses at the 4.5-year follow-up. Participants overwhelmingly—71-100%--attributed positive life changes to the psilocybin-assisted therapy experience. This group rated it among the most personally meaningful and spiritually significant experiences of their lives.

There is evidence dating back to the 1950s suggesting psilocybin therapy as a promising means to improve the emotional, psychological, and spiritual well-being of patients with life-threatening cancer. The new approach could produce a paradigm shift in the psychological and existential care of patients with cancer, particularly those with terminal illnesses.

According to Stephen Ross, MD, an associate professor of psychiatry in the Department of Psychiatry at NYU Langone Health, an alternative treatment option for cancer-related anxiety and depression is urgently needed with close to 40% of the global population expected to be diagnosed with cancer in their lifetime.

In addition, a third of those patients will develop anxiety, depression, and other forms of distress as a result of their diagnosis, while having no effect on existential distress and death anxiety that commonly accompanies a cancer diagnosis that are linked to a hastened desire for death and increased suicidality.

However, psilocybin could enhance the effectiveness of psychotherapy and ultimately relieve the symptoms.

While the precise mechanisms are not yet fully known, the investigators believe the medication can make the brain more flexible and receptive to new ideas and thought patterns.

Previous research also indicates how the drug targets a network of the brain, the default mode network that becomes activated when someone engages in self-reflection and mind-wandering. This helps create the sense of self and coherent narrative identity.

For patients with anxiety and depression, this network becomes hyperactive and is linked with rumination, worry, and rigid thinking. However, psilocybin appears to acutely shift activity in this network and helps people to take a more broadened perspective on their behaviors and lives.

The investigators next plan to expand the study with larger trials in patients from diverse socioeconomic and ethnic groups who have advanced cancer-related psychiatric and existential distress.

Click here to sign up for more HCPLive® content and updates.
Related Coverage >>>
Difficulty Initiating Sleep Intervention Could Reduce Depressive Symptoms
AHA Seeks to Address Health Disparities in American Indians, Alaska Natives
Investigators Tout New Alzheimer Disease Blood Immunoassay Test
You May Also be Interested in
Most Popular
James Wheless, MD: Neurology, Epilepsy, and COVID-19
Flu Cases Near 30 Million in the US, CDC Reports
Jerry Bagel, MD: Starting the Treatment Process for Plaque Psoriasis
Irregular Menstruation in Teenagers May be a Warning Sign
When to Suspect Diarrhea is Symptom of a Clostridium Difficile