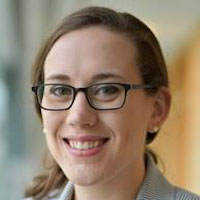 Adolescents are not receiving timely treatment after an opioid overdose. Recent research showed that interventions are needed to help this population and improve access to evidence-based therapies. But many pediatricians do not know if their patient is presenting with opioid use disorder or how to help them get treatment.

To learn more about this issue, HCPLive® spoke with Rachel Alinsky, MD, MPH, from the general pediatrics and adolescent medicine division at John Hopkins School of Medicine, to dig deeper into the lack of treatment for adolescents who overdose and how providers can help their patients seek care when needed.

Editor’s note: The following interview has been lightly edited for style, length, and clarity.

HCPLive: What was the reason you and your colleagues felt it was necessary to conduct this study?

There were studies starting to come out that were showing how often adults were receiving treatment and a lot of programs linking people into treatment after overdose, but no one had ever really looked to see what was happening with youths. So, I was interested in seeing that because it is this critical touch point when people may be interested in receiving treatment months in advance but it can be really hard to figure out where to go to get treatment, navigate it, and know where to start. I wanted to take this opportunity when someone's actually in the hospital and seeing a provider, to make sure that we're offering them an entrance into treatment and linking them to care. That’s why I was interested in looking at whether they're getting the treatment after overdose.

HCPLive: So, a lack of knowledge about treatment options is the reason for this?

Alinsky: We may have people out there in the general public who don't really have access to treatment and aren't seeing a doctor and don't know how to access the system. But in our study, all the patients are coming into a hospital, an emergency department, and maybe being admitted.

What we found is that less than 1 in 50 of these adolescents who came into the hospital or emergency department, were diagnosed with an opioid overdose, and discharged actually got the recommended medication treatment. I think that there's probably a number of reasons for that. Part of it is just the recognition from the provider standpoint. A lot of people think about opioid use disorder or opioid addiction as more of an adult problem. So, a lot of pediatricians or pediatric providers don't necessarily see it within their wheelhouse and may be less familiar about how to treat it—even though we see that it's definitely happening in this population.

So, there's a chance that people are seeing someone come in with an overdose but not recognizing it as part of the spectrum of someone's underlying opioid use disorder and actually putting the name on it and then thinking about what we do for ongoing treatment for this person and not just reversing their overdose and sending them home.

There's certainly stigma too that exists against medication, both in the medical community and in the regular community. Sometimes people view it as replacing 1 drug with another. And sometimes, people feel like with pediatric patients and teenagers that medication should be the last resort only after you've tried everything else, which is really not consistent with the guidelines from the American Academy of Pediatrics, which recommend the use of medication for adolescents with severe opioid use disorder. Unfortunately, this the stigma against medication still persists.

Then, think about if you have a person in front of you, you've diagnosed them with opioid use disorder, and they're interested in treatment. Where do you actually find treatment for adolescents? That is definitely a difficulty because there are many parts of the country where there aren't necessarily addiction treatment centers or providers that have the necessary Drug Addiction Treatment Act (DATA) 2000 waiver or that special DEA license to be able to prescribe buprenorphine. The providers with that may not see pediatric patients and a pediatric provider might not have that type of license. So, sometimes there's just not even treatment available for adolescents where they live.

HCPLive: Are you seeing that this epidemic is greater in a specific region of the country?

Alinsky: It definitely affects both rural and urban populations. What we do know is that certain parts of the country have better access to treatment. There's more treatment available in cities, especially on the East Coast, compared to when you get out to rural areas. The problem is everywhere, but unfortunately, treatment is not.

HCPLive: What treatment is most effective for opioid use disorder? Is it medication, therapy, a combination of both?

Alinsky: The most effective thing is medication—that's what the evidence shows us is lifesaving. There's been a whole lot more studies in adults than in pediatric populations, like large Cochrane Reviews that have shown that medication decreases mortality rates and that therapy actually doesn't add any additional benefit when they looked widespread across studies.

But when we think about the actual adolescent, there's a lot of things going on in their life. So, we do recommend that medication be given in addition to some of these behavioral health services—the counseling and parental involvement—and help them be successful with school or a job.

But really, the thing that studies have shown helps people stay in treatment and decrease mortality is the medication itself.

HCPLive: And we really just need to make sure clinicians are aware of this and destigmatize medication?

Alinsky: Yes. I think they need to be aware of the fact that adolescents can have opioid use disorder, so anyone coming in with an overdose should be evaluated to see whether they have it. There’s obviously a chance that someone came in with a suicide attempt or something like that, but many of these people are going to have opioid use disorder. So it’s necessary to evaluate them for the criteria to see if they meet them and then think about what's the best level of treatment. Does this person need to go into an inpatient facility or residential facility? Are they stable enough and have enough support at home that they could do an intensive outpatient or outpatient treatment where they are living at home but going and receiving medication and other services?

Then we need to be familiar with how we connect individuals to treatment. There's the SAMSA treatment locator from the Substance Abuse and Mental Health Services Administration.
The administration provides a behavioral health treatment services locator and people can just enter a zip code or city and find all of the different treatment centers that are close by. You can see what age groups they see, what services they provide, and contact information. That's kind of the best way for a clinician that doesn't necessarily know what's around in their local community.

HCPLive: Is opioid use disorder handled differently for the younger population (13–16 years old) who are likely under parental control, compared to the older group (18–22 years old)?

Alinsky: I think that even for 18- to 21-year-olds, parental involvement can be helpful. Treatment is not going to look exactly the same for an independent adult versus a 13- or 15-year-old that maybe has a lot of parental support at home.

It needs to be individualized to the specific patient, and those factors are going to help potentially determine what level of care someone needs, whether they really need to go somewhere that they can live at a residential or inpatient treatment facility for a little bit if life is chaotic and they don't have a stable home environment versus someone who has a lot of support and supervision and could do outpatient treatment.

We want to involve the parents as much as possible when they're around certainly, or many of these youths may be involved with the foster care system, so involving their care members there as well.

HCPLive: What is the likelihood of comorbidities?

Alinsky: In the youths who had opioid overdose, a lot of them show what we know about substance use disorders in general. A lot of people have comorbid other mental health conditions, whether it be anxiety or depression. Many people have histories of trauma. We do see high rates of depression, anxiety, and ADHD in our study.

About 60% of youths who had an opioid overdose also had depression and about almost 50% had anxiety. When we looked at the codes for people that had self-harm or suicidal ideation, about one-third of youths with opioid overdose. We lifted data the month before and several months afterwards, so it’s not necessarily saying this overdose was a suicide attempt, but just that they may have that, along with their depression.

This echoes what we know about opioid use disorder that often these individuals have comorbid other diagnoses, and those also need treatment.

There's not 1 right approach that you need to first fix the depression and then fix the substance use disorder or vice versa. I think that comprehensive treatment can address all the issues that youths are having, but I think if you were to only focus on the depression without getting the actual treatment for opioid use disorder, then you're leaving out a huge part of the solution.

HCPLive: Should people who have depression or anxiety think about this as a possibility?

HCPLive: When it comes to the prescribers of opioids, how do they weigh the benefits with possible chances for abuse?

Alinsky: There are instances where opioids are necessary. But as clinicians are being careful and making sure they're only prescribing when they need to and not prescribing in huge quantities, there's definitely things that can mitigate the risk.

In our study, there weren't that many that had received a prescription for opioids. Of the kids who had a heroin overdose, only 11% had a prior opioid prescription, and of the kids who had another opioid overdose, only one-quarter of them had a prior prescription. That means that for a majority of youths, their source of overdose was not something that was being prescribed to them by a physician. It’s important to focusing on that alone as a prevention strategy.

HCPLive: What’s the main takeaway of your study for clinicians?

Alinsky: To me, the main takeaway is that it's unacceptable that right now our treatment system is only able to provide the standard of care treatment to 1 in 50 youths who are coming in with an overdose—which we wouldn't really expect for any other medical condition. We need to do better as a system.

Part of that is what we said about how pediatric providers and people seeing young adults should be thinking if the overdose is part of an underlying opioid use disorder and what sort of treatment they can help the patient access at that time.

It’s also important to be familiar with the resources in the community and how they can connect patients and families to those resources.

Also, some of this problem is not going to get fixed until there's more systemic changes like incentives to have more pediatric providers able to prescribe these medications by getting their waivers and targeted funding to increase the number of pediatric or youth serving addiction treatment facilities. And more research is needed on what is the best way to link youth into treatment and overcome any barriers that are getting in the way.

Click here to sign up for more HCPLive® content and updates.
Related Coverage >>>
Individual Differences Linked to Antidepressant Response
Jamak Modaresi Esfeh, MD: Finding Hepatic Encephalopathy
Machine Learning Improves Schizophrenia Treatment Success
You May Also be Interested in
Most Popular
The Fear of the Coronavirus, and the Reality of the Flu
MDNN: CVS Health Buys Aetna, D-cycloserine for Tuberculosis, Unsafe Abortions, and Childhood Obesity
The Art of HANDOFFS: A Mnemonic for Teaching the Safe Transfer of Critical Patient Information
Bempedoic Acid and Ezetimibe Combination Approved by FDA for Lowering LDL-C
Top 10 Painkillers in the US