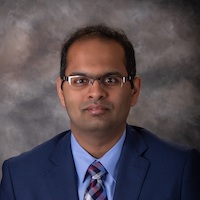 The long-term use of proton pump inhibitors is linked to a number of potentially serious adverse events, such as an increased risk of dementia. However, studies showing this link have been conflicting in the past.

A team in the US and Canada, led by Muhammad Ali Khan, MD, Division of Gastroenterology and Hepatology, University of Alabama, evaluated the association between the long-term use of proton pump inhibitors and an increased risk of dementia.

The investigators examined various databases for studies examining the link between PPI use and dementia, up to February 2019. They then pooled the studies using the DerSimonian and Laird random effects model for meta-analyses and assessed the quality of individual observational studies using the Newcastle-Ottawa scale.

Using this scale, the investigators found 10 studies of high quality and 1 study that was deemed moderate quality.

Recently, a research team, led by Sean D. Delshad, MD, Cedars-Sinai Center for Outcomes Research and Education (CS-CORE), performed a population-based study to determine the prevalence of gastroesophageal reflux disease (GERD) symptoms and persistent GERD symptoms despite the use of PPIs and found half of PPI users still have persistent symptoms.

They found certain trends along demographical lines, where younger individuals, women, Latinos, and participants with irritable bowel syndrome or Crohn’s disease were more likely to have continued symptoms, even when taking PPIs.

Proton pump inhibitors are essential for the management of acid-related upper gastrointestinal disorders. Approximately 20% of older adults take PPIs, the majority of which do so on a long-term basis.

However, the authors believe proton pump inhibitors could be used inappropriate in up to 40-50% of patients and have been overprescribed in a variety of healthcare settings including outpatient clinics, nursing homes, and rehabilitation centers.

While there is some concern over PPI use in these settings, there is no current connection between the treatment and the risk of developing dementia.

“We found no evidence to support the proposed association between PPI use and an increased risk of dementia,” the authors wrote. “PPI use among patients who have a valid indication for it, should not be curtailed because of concerns about dementia risk.”

The study, “No Association Linking Short-Term Proton Pump Inhibitor Use to Dementia,” was published online in The American Journal of Gastroenterology.

Click here to sign up for more HCPLive® content and updates.
Related Coverage >>>
Is an Immediate Annuity for You?
Investigators Test Combination Therapies for First-Episode Psychosis in Adolescents
Kenneth Koblan, PhD: Gaps in Treatment for Bipolar Depression
You May Also be Interested in
Most Popular
Denise Daley, PhD: Early Asthma Interventions for Infants
Baloxavir Effective in Preventing Spread of Flu
When to Suspect Diarrhea is Symptom of a Clostridium Difficile
Top 10 Painkillers in the US
AIDS, Ebola, now Zika: What's Next for Anthony Fauci, MD