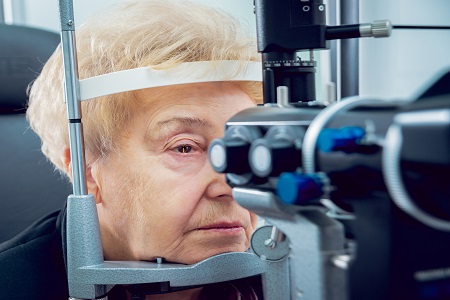 New 5-year results of Protocol T are offering ophthalmologists insight on the use of anti-VEGF agents in real-world treatment of diabetic macular edema (DME) compared to effects seen in the original study.

Results of the extension study, which examined data 3 years after completion of Protocol T, indicated visual acuity was still improved from baseline but mean improvements had declined since the end of the original study.

In an effort to assess follow-up treatment and outcomes at 5 years in eyes initially treated with either aflibercept, ranibizumab, or bevacizumab, investigators evaluated data from participants who returned 5 years after randomization to a collection of 67 Protocol T sites. In total, 317 individuals were included in the follow-up study.

Briefly, the Protocol T study compared the aforementioned anti-VEGF treatments in eyes with visual impairment from DME. All patients followed a protocol retreatment regimen for 2 years and gains in mean visual acuity were noted with each agent.

In the original trial, there were no apparent differences in agents at 1 or 2 years in patients with mild visual acuity impairment, but aflibercept was superior to the other 2 agents at 1 year and superior to bevacizumab at 2 years.

Results of the analysis indicate the frequency of injections and visits declined after the conclusion of the 2-year Protocol T study. Investigators noted 217 of the 317 study eyes anti-VEGF treatment between years 2 and 5. Compared to baseline levels, mean visual acuity levels increased by 7.4 (5.9-9.0) letters at year 5, but decreased by 4.7 (3.3-6.0) letters between the end of the original Protocol T study and year 5.