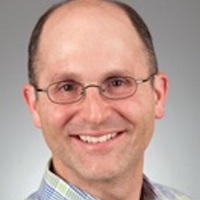 Apnea risk is more greatly associated with low serum albumin levels in infant patients with bronchiolitis, according to a new study.

The findings, reported by a team of Boston-based investigators, could eventually provide a biomarker to physicians trying to identify and treat the life-threatening complication of bronchiolitis.

Lower patient levels of serum albumin—which is a multifunctional protein crucial for biological compound binding, colloidal osmotic pressure driving, and antioxidant activity—have been previously associated with more significant mortality risk in both children and adults with respiratory disease. That said, interpretation of its mechanism is still undefined.

The 35th Multicenter Airway Research Collaboration (MARC-35) study is an ongoing prospective cohort analysis of infants hospitalized with severe bronchiolitis, in which investigators are attempting to define the links between the common pediatric lung infection and risks for recurrent wheezing and asthma.

A team of investigators led by Jonathan M. Mansbach, MD, MPH, of the Department of Pediatrics at Boston Children’s Hospital, conducted a secondary analysis using the patient data from 3 consecutive bronchiolitis seasons—defined as November through April—logged from 2011-2014.

Mansbach and colleagues sought an association between serum albumin levels with apnea among the affected patients. Previous studies have set an apnea incidence range from 1% to 17% among infants.

“Although risk factors have been identified for apnea, it remains unclear which infants with bronchiolitis will develop this rare outcome,” they wrote. “As a result, clinicians try to balance the safety of infants who have bronchiolitis and are at risk for apnea with potentially unnecessary hospitalizations for observation.”

Investigators observed data from 1016 infants treated across 17 US hospitals. They defined low serum albumin levels as <3.8 g/dL, and normal at ≥3.8 g/dL.

The team said their findings should be taken with a grain of salt: though low albumin levels appear to be a promising predictor of apnea risk, the distribution of levels among infants with or without inpatient apnea was laden with false-positives and false-negatives.

“Until further research is completed, we do not recommend clinicians check albumin levels in infants with bronchiolitis unless otherwise clinically indicated,” they wrote. “Replication of this finding in a larger cohort of infants is warranted.”

That said, there is a realistic hop that serum albumin levels could play a role in identifying apnea in infants hospitalized with bronchiolitis.

“Although in need of replication, this finding may help inform and encourage future efforts to anticipate apnea, a life-threatening complication of bronchiolitis,” they concluded.

The study, “Association of Serum Albumin With Apnea in Infants With Bronchiolitis,” was published online in JAMA Network Open.