Pros and Cons of Electronic Monitoring Devices for Inhaler Adherence 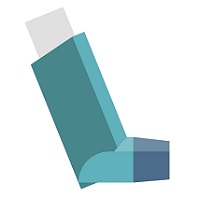 Researchers have conducted surveys to learn what the most important positive and negative factors are when it comes to using electronic monitoring devices (EMDs) to manage asthma care, and the resulting data could be used as a guide for developers. The research was led by Sam Howard, of the Human Factors Research Group at the Innovation and Technology Research Center at the University of Nottingham in the UK.

The authors begin by noting that there are still children who die each year in the UK due to preventable asthma attacks, but also an issue of widespread overprescribing of rescue medication. One method of improving medication compliance may be EMDs, which are considered an optimal method for recording data on adherence.

Although adolescents have expressed positive feelings about EMDs, the authors note, “EMDs would also require interaction from a variety of healthcare professionals,” which is not always simple. Further, researchers and developers have not yet determined exactly which clinicians and healthcare providers should have access to the data from EMDs on inhalers.

The present study involved what the authors describe as a “three-round ‘Delphi Survey’” aimed at those involved in asthma care. The goal was to determine the potential positives and negatives of integrating EMDs into standard asthma care. Round one included responses from 31 participants, round two 18, and round three 10.

The results from round one of the surveys included 20 pros and 32 cons. Round two used a ratings system in which each pro and con, based on how important the respondents felt each point was. Interestingly, there was significant difference between the pros and cons most frequently mentioned in round one and those considered most important in round two.

“In round three, the remaining 10 participants reviewed the ranked list of pros and cons formed from the ratings given in round two and provided their final comments and feedback,” say the authors. They also note that several of the participants reported that participating in the study had changed their opinions about EMDs.

For patients, the pros identified included the possibility of EMDs improving adherence, that the devices might help motivate patients through creating a sense of independence and accountability, and that the data generated could help in building a trusting relationship between clinician and patient.

On the list of cons, respondents expressed concerns about the size and bulkiness of the devices; the usability, particularly for older patients; the possibility that the monitoring would be perceived as intrusion or make the patients feel they were being watched.

There was a different set of pros and cons related to how EMDs would be perceived by clinicians. Improved accuracy of adherence was listed as a pro, as well as having a record that demonstrates a pattern of use, which could be helpful in decision-making. The cons included questions about added workload and taking responsibility for dealing with the data generated by the devices.

The authors acknowledge that the limited number of participants represents a limitation to this research and suggest that future studies should strive for a larger and more balanced sample. However, even with the stated limitations, the authors conclude, “The findings provide a guide for where EMDs could add most benefit and additionally identify the key issues and challenges that need to be overcome for their introduction to be successful.” The full report, titled, “What are the pros and cons of electronically monitoring inhaler use in asthma? A multistakeholder perspective” was recently published in the journal BMJ Open Respiratory Research.