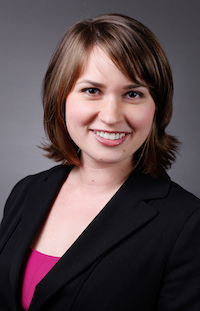 Kelsey Loeliger, PhD
People with HIV face a higher risk of death from all causes when they leave prison than members of the general public, a study that tracked 1350 former prisoners shows.

“Individuals are not effectively retained in care long-term after release and are consequently at risk for death from AIDS and related infections,” Loeliger told MD Magazine®.

Equally notable, the other major causes of death reflect the epidemic of viral hepatitis and substance use in the prison population, she said.

“The majority of correctional facilities do not regularly test for viral hepatitis or provide medication-assisted therapy to treat substance use disorders,” Loeliger said. “This sets individuals up for extremely poor health outcomes including liver failure and drug overdose after release back into the community.”

The risk of death was much lower among those formerly incarcerated who had health insurance and received case management after release, the study found.

This study is one of the first to evaluate the causes and predictors of mortality among prisoners with HIV in a resource-rich setting once they leave jail, Loeliger and colleagues from Yale wrote. Such knowledge can help inform public policy and promote better outcomes in the post-prison world, the investigators said.

“To truly improve the health of the criminal justice population, there are services that need to be provided before and after incarceration,” Loeliger said.

To investigate how and why HIV-positive prisoners die after they leave jail, the team linked data from Connecticut’s departments of correction and public health. They came up with a database of adults with HIV who were released from the state’s jails or prisons from 2007 to 2014. Most of the individuals were male, black, Hispanic, drug injectors, and older than 40. This group proved to be at substantially greater risk of death than the general population.

The primary cause of mortality was available for 170 of the former prisoners. In this group, 78 deaths (46%) were caused by HIV/AIDS. The second greatest number, at 26 deaths (15%), was due to drug overdose. That was followed by 17 deaths (10%) from liver disease, 16 (9%) from cardiovascular disease, and 13 (8%) from accidental injury, homicide, or suicide.

In one puzzling finding, the risk of death among African Americans was significantly lower compared to white individuals, even after controlling for re-incarceration during the study’s follow-up period.

“We don’t have a great explanation for this, although we suspect it may reflect the impact of the current opioid epidemic on white individuals in particular,” Loeliger said.

It is also possible that the higher incarceration rate in the African American community in general has led many African Americans to navigate the criminal justice system in a different way than do people of other races or ethnicities.

“This finding does not diminish what we know about the incredibly destructive impact that mass incarceration has had on the African American community,” she said. “Rather it indicates that we need to further explore differences in coping mechanisms and risk factors for death that may be race/ethnicity-dependent.”

Loeliger was also intrigued by the discovery that few individuals died during incarceration and that people who were incarcerated for at least 1 year during the study’s follow-up had a lower risk of death.

“This is a perfect example of how certain crucial services are being provided during incarceration but not effectively continued after release,” she said. “Tragically sometimes a prison or jail is a safer place with more resources than one’s community.”

While some of the mortality difference between the prisoners and the general population is due to the risk of death from HIV, follow-up research the team is working on shows that the difference cannot solely be accounted for by HIV infection.

Instead, it suggests that there is additional risk from criminal justice involvement itself as well as other comorbidities such as substance use and untreated liver disease, Loeliger said.

“Providing services to help stabilize individuals and get them reintegrated into society after release is crucial,” she said.

The study, “All-cause mortality among people with HIV released from an integrated system of jails and prisons in Connecticut, USA, 2007–14: a retrospective observational cohort study,” was published in The Lancet HIV.

Click here to sign up for more HCPLive® content and updates.
Related Coverage >>>
Insufficient Data to Accurately Monitor Most At-Risk Communities for Flu
Baloxavir Effective in Preventing Spread of Flu
Banafsheh Kashani, MD: Telemedicine for Women's Health During COVID-19
You May Also be Interested in
Most Popular
Denise Daley, PhD: Early Asthma Interventions for Infants
Top 10 Painkillers in the US
Respiratory Failure Deadlier When It Happens in Hospitals
How to Spot a Bad Doctor
Flu Cases Near 30 Million in the US, CDC Reports