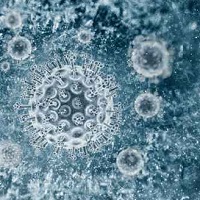 Hundreds of mostly white (92.5%), female (52.4%) suburban heroin users treated at a Princeton House, a Princeton, NJ facility for heroin detoxification were also found to have the hepatitis C virus.

The findings were first reported last fall at ID Week 2015 in San Diego, CA. one that noted that about 45% of injection drug users ages 17 to 35 are believed to have the virus. With the advent of direct-acting antivirals for HCV it is effectively treated.

But in a new report, researchers said that in the Princeton House cases,  despite the efforts of facility staff, only 16 patients of 374 HCV positive patients kept follow-up HCV treatment appointments and of those only three patients started treatment with direct-acting antivirals.

Writing in the US Centers for Disease Control and Prevention’s Morbidity and Mortality Weekly, lead author Eda Akyar and colleagues at ID Care in Hillsborough NJ, University Medical Center at Princeton and Rutgers University in New Brunswick, NJ said their study “highlights the challenges of linking young people with injection drug use in suburban areas to care” even though they are not in medically underserved areas.

One reason cited was that insurers would not pay for the expensive hepatitis antivirals until the patients had clean drug tests.

Another issue was that the patients were admitted for acute care and that getting them longer-term care was difficult after discharge.

The staff at Princeton House, the facility where the patients were treated, also lacks a care coordinator to assist in getting the discharged patients into appropriate care, a task complicated by availability of transportation.

Perhaps the simplest fix to the under-treatment would be to convince insurers that treating HCV in IV drug users is not a waste of money, the authors said.

“A misconception exists that people with injection drug use are poor candidates for treatment because of ongoing drug use, possible reinfection, and possible concomitant psychiatric or medical disorders,” a belief that has been challenged by research.

“Given the availability of easy-to-use therapy that is curative, linkage to care and treatment of HCV-infected PWID may be an important public health effort to prevent the continued spread of HCV.
Further study is needed to identify predictors for successful linkage to care,” the team noted. .


Click here to sign up for more HCPLive® content and updates.
Related Coverage >>>
Partnering with Patients: Effective, Patient-Centered Care for Chronic Pain
FDA Approves Two Prescription Allergy Eye Drops for OTC Use
Tramadol Use Shown to Increase Hip Fracture Risk in Older Adults
You May Also be Interested in
Most Popular
The Fear of the Coronavirus, and the Reality of the Flu
Crizanlizumab for Sickle Cell Disease
ACR Releases First Guidelines for Reproductive Health in Rheumatic Diseases
Newer Agents and Precautions to Avoid Complications of Sickle Cell Disease
Top 10 Painkillers in the US