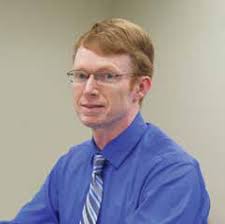 A new analysis from a team of international investigators has found children born prematurely are at increased risk of developing type 1 or type 2 diabetes as children and young adults.

After examining a national cohort of more than 4 million Swedes, investigators concluded the observed risk increase should serve as a call for early preventive evaluation and long-term monitoring for diabetes in patients born preterm.

"Because of major advances in treatment, most preterm infants now survive into adulthood. As a result, clinicians will increasingly encounter adult patients who were born prematurely,” investigators wrote. “Preterm birth should now be recognized as a chronic condition that predisposes to the development of diabetes across the life course."

To investigate whether preterm birth was associated with increased risks of type 1 and type 2 diabetes into adulthood, investigators conducted a retrospective cohort study using information from the Swedish Birth Registry. Preterm birth was defined as a birth occurring at less than 37 gestational weeks and 4,193,069 individuals were included in the study.

Median age at the end of the study was 22.5 years and a total of 92.3 million person-years of follow-up were included in the final analyses. Investigators used Cox regression models to adjust for potential confounders and co-sibling analyses were used to evaluate the influence of genetic and environmental factors.

Investigators included sex, birth order, maternal age at delivery, maternal smoking, diabetes during pregnancy, and the presence of multiple comorbid conditions as adjustment variables in their analyses. ICD-9 and ICD-10 codes were used to identify type 1 and type 2 diabetes in patients.

This study, titled “Preterm birth and risk of type 1 and type 2 diabetes: a national cohort study,” was published online in Diabetologia, the journal of the European Association for the Study of Diabetes(EASD).