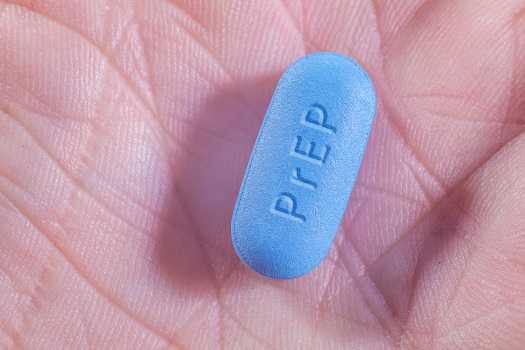 Why do many men decline to use the pre-exposure prophylaxis (PrEP) (Truvada) to reduce their high risk of the human immunodeficiency virus (HIV) infection? A new survey study out of the United Kingdom may have some of the answers.

Investigators used a snowball sampling strategy to recruit 20 men who have sex with men (MSM) for 60-minute to 90-minute interviews in order to explore their understanding of and feelings about PrEP. Half of the cohort’s members were white, four were black, three were Latin American, and three were South Asian. All participants were between 18 and 48 years old, and nine of them were HIV-positive.

Despite clinical trials concluding that PrEP is highly effective in preventing HIV infection, the HIV-negative members of the cohort said they did not trust its ability to keep them safe. Several said they had seen so many changes in scientific opinion about the safety of various behaviors that they were unwilling to risk their health on a relatively new product.

Study participants also cited concerns about the potential long-term side effects of the medication. Further questioning found that people who expressed such worries tended to equate PrEP (sometimes subconsciously) with first generation antiretroviral therapy, which did have serious side effects.

HIV-negative study participants also reported concerns that personal PrEP use would make it harder to motivate themselves to use condoms consistently and widespread PrEP use would reduce overall condom usage and lead future partners to pressure them for condom-free sex. They judged social stigmas against condomless sex to be a good thing and opposed developments that would erode such stigmas.

The investigators also noted a reluctance among study participants to use a drug explicitly intended for people at “high risk” of HIV infection because to do so would be to admit to themselves and potential partners that they were engaging in high risk behavior.

The investigators concluded that such stigma, combined with uncertainty about efficacy and side effects, would likely limit demand for PrEP.

“Given the small-scale nature of this interview study, the results are not easily generalizable to the MSM population. However, the data do shed light on some of the potential social and psychological challenges associated with the implementation and indeed uptake of among MSM,” the study authors wrote in Cogent Medicine.

Truvada, a combination of emtricitabine and tenofovir disoproxil fumarate, isn’t yet available in the UK. Here in the US, where the drug has been available since 2012, sales have been growing rapidly (after a very sluggish start), but usage remains below levels recommended by the Centers for Disease Control and Prevention (CDC).

Time may reduce the amount of concern about real-world efficacy and side effects. Studies published since Truvada’s initial approval have concluded that the drug is highly effective when used every day. Indeed, a 2015 study from Clinical Infectious Diseases found no new infections in more than two years among hundreds of American users.

The study, “Perceptions of pre-exposure prophylaxis (PrEP) among HIV-negative and HIV-positive men who have sex with men (MSM)” was published November 4th in Cogent Medicine.

Click here to sign up for more HCPLive® content and updates.
Related Coverage >>>
Christina Tan, MD, MPH: Managing Coronavirus Fear
First Flu Strain Impacts Ability to Fight Virus for Life
Study Suggests Women Should Avoid Macrolides During First Trimester
You May Also be Interested in
Most Popular
The Fear of the Coronavirus, and the Reality of the Flu
FDA Approves IV Meloxicam for Pain Management
Top 10 Painkillers in the US
Education is Key in Spreading Awareness of Rare Heart Condition
Apomorphine Helps Increase On Time Response for Parkinson Disease Patients