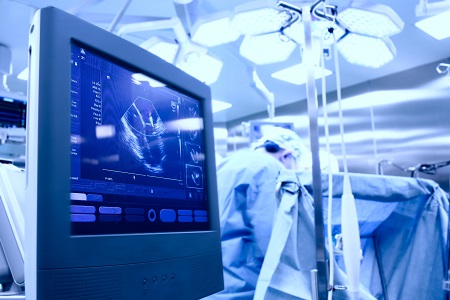 A new analysis of more than 5000 propensity-matched diabetics is shedding light on the impact of preoperative metformin on postoperative outcomes.

Results of the analysis indicated the commonly prescribed noninsulin medication was linked to a reduced risk of mortality and readmission following a procedure.

To further their understanding of the association of metformin and risk-adjusted surgical outcomes, a team of investigators led by Matthew Neal, MD, of the University of Pittsburgh, conducted a retrospective analysis of patients from a healthcare system in Pennsylvania. In total, 5460 patients were included in the study cohort obtained from 15 community and academic hospitals.

The primary outcome of the analysis was 90-day postoperative mortality. Secondary outcomes for the analysis included 30-day mortality, five-year survival, 30- and 90-day postdischarge readmission, and the preoperative inflammatory marker NLR. Of note, the original study population included more than 15,000 but after application of inclusion criteria and 1:1 propensity score matching they obtained the 5460-individual cohort included in the analysis—with 2730 patients in each arm of the study.

Results of the analysis suggested metformin prescriptions were also associated with a reduction in preoperative inflammation, as measured through mean neutrophil to leukocyte ratio (4.5 [95% CI, 4.3-4.6] vs 5.0 [95% CI, 4.8-5.3; P <.001). Investigators noted the results of an E-value analysis suggested robustness to unmeasured confounding.

In an invited commentary published in JAMA Surgery, Elizabeth George, MD, and Sherry Wren, MD, both of Stanford University, commended study investigators but also cautioned about the clinical applicability of results due to apparent limitations in the study.

The authors noted failure to account for statins as a unique variable hinders the analysis, but the study nonetheless indicates preoperative metformin is associated with improves postoperative outcomes.

“Future studies on the association of metformin use with outcomes should have to either exclude patients taking statins or investigate possible interactions in the model between the 2 agents,” George and Wren wrote. “We would be interested in seeing a subanalysis of this data set that excludes patients who were prescribed statins. These data would further solidify the role of metformin as a possible modifiable perioperative factor.”

The study, “Association Between Preoperative Metformin Exposure and Postoperative Outcomes in Adults With Type 2 Diabetes,” was published online in JAMA Surgery.