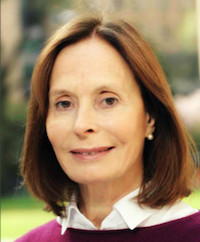 Study participants included nonsmoking African American and Dominican pregnant women who resided in New York City. Investigators followed these women and their offspring (n=351) through the age of 9 years to obtain data on the association between prenatal pollution exposure and ADHD prevalence. To determine prenatal exposure to PAH, the investigators measured PAH-DNA adducts in the mothers’ blood at delivery. The levels were dichotomized to differentiate between high and low exposure rates.

Mothers self-reported experiences with poverty prenatally as well as during the follow-up period. Additionally, investigators used the Conners Parent Rating Scale (CPRS)-Revised, an instrument which uses scales from the Diagnostic and Statistical Manual of Mental Disorders (DSM)-IV, to assess for ADHD problems at follow-up.

As indicated by high adducts, children with high prenatal exposure to PAH often demonstrated more symptoms of ADHD compared to those with low prenatal exposure to PAH. These findings were consistent across all hardship groups. Children who were exposed to socioeconomic hardships up to age 9 showed the greatest difference between groups.

The study results may be related to cultural differences of the participants’ African American and Dominican families, consequently precluding generalizations across other demographic groups. The relatively small sample size as well as the reliance on self-reports also limit the implications of the results, however, the investigators believe the data provide strong evidence to suggest a link between pollution and poverty with ADHD symptoms in children.

"Air pollution and economic hardship are part of a mix of genetic, environmental, and social factors contributing to childhood behavioral problems, including ADHD,” said first author Frederica Perera, DrPH, PhD, director of CCCEH and professor at the Columbia University Mailman School of Public Health. “Children would be best served by a multifaceted response that combines economic assistance for women with policy interventions to reduce air pollution exposure in urban areas, especially in low-income communities of color."