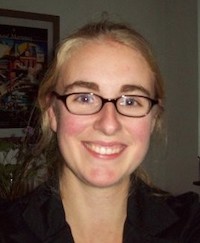 A study of children exposed in utero to 1 of 4 antiepileptic drugs reports that each was associated with clinical behavioral problems in childhood, though not equally.

While the study accounted for a variety of confounding factors, investigators acknowledged the myriad of influences affecting a child’s behavior.

"It is important to monitor children of mothers with epilepsy and also consider other possible contributing factors, such as family factors," said lead author Yfke Huber-Mollema, MsC, of the Stichting Epilepsy Instellingen Nederland (SEIN) and the University of Amsterdam.

Huber-Mollema added that looking into family-related and other factors could lead to interventions to help parents handle their child’s behavior or to reduce behavioral issues themselves.

The study included 181 children of 405 who were invited to participate. Of the 181 participants, 26 had exposure to valproate, 37 to carbamazepine, 88 to lamotrigine, and 30 to levetiracetam.

Participants were identified from the EURAP-NL database, a national pregnancy register in The Netherlands that follows pregnancies exposed to antiepileptic drugs. This study included mothers who received monotherapy with either carbamazepine (CBZ), lamotrigine (LTG), levetiracetam (LEV), or valproate (VPA) that began before conception and continued throughout the pregnancy. Study inclusion also required the affected child to be between 6 years and 7 years 11 months of age during the study period.

Both parents were invited to participate, and were given an online questionnaire about demographics, development, and their child’s needs. The questionnaire included the Child Behavior Checklist (CBCL) and Social Emotional Questionnaire (SEV). Mothers were also asked to complete the Adult Self Report (ASR) about behavioral, emotional, and social issues, which investigators used to help control for genetic factors influencing child behavior.

The investigators pointed out that there are many influencing factors at play, which are difficult to tease apart. They noted, for example, that children exposed prenatally to valproate commonly have low verbal functioning which may lead children to express physically or aggressively the frustration of not being understood.

“Further research into child development in the context of prenatal AED exposure is necessary to understand the (ir)reversibility of the exposure,” wrote investigators. “[T]o what extent is the behavioral teratogenic risk that occurred susceptible to adjustments?”

The study, “Behavioral problems in children of mothers with epilepsy prenatally exposed to valproate, carbamazepine, lamotrigine, or levetiracetam monotherapy,” was published in Epilepsia.