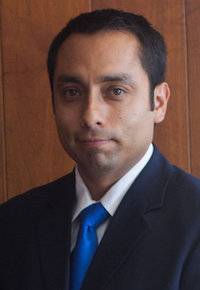 For expectant parents who smoke, quitting before pregnancy or as early as possible during pregnancy reduces the risk of preterm birth.

Study investigators Samir Soneji, PhD, Dartmouth Geisel School of Medicine, Lebanon, New Hampshire, and Hiram Beltrán-Sánchez, PhD, of the University of California, Los Angeles, said the results showed that the risk of preterm birth was associated with when and whether the expectant parent quit smoking.

The cross-sectional study analyzed data from 25,233,503 expectant parents who delivered live infants and had available data on cigarette smoking frequency before and during pregnancy. Data was pulled from live birth certificates from 2011 to 2017.

The investigators shared an example of the effect of quitting smoking at various points for 25- to 29-year-old, non-Hispanic white, first-time pregnant smokers who used 1-9 cigarettes each day before pregnancy. If that smoking rate continued throughout pregnancy, the probability for preterm birth was 9.8% (95% Confidence Interval [CI], 9.7%-10.0%), but this decreased to 9.0% (95% CI, 8.8%-9.1%) if smoking cessation began at the start of the second trimester (an 8.9% relative decrease). If they quit smoking by the start of pregnancy, the probability of preterm birth dropped to 7.8% (95% CI, 7.7%-8.0%)—a relative decrease of 20.3%.

The investigators noted that smoking rates and cessation were self-reported and that birth certificate data do not include information about alcohol use or secondhand smoke exposure during pregnancy.

“Expectant mothers who smoke may face greater challenges in quitting compared with their counterparts who are not pregnant,” wrote Soneji and Beltrán-Sánchez.

They noted that nicotine withdrawal symptoms arise sooner during pregnancy than they do in non-pregnant smokers. Additionally, due to a lack of research in pharmacotherapy for smoking cessation in pregnant participants, there are limited options for nicotine replacement therapy during pregnancy.

Soneji and Beltrán-Sánchez concluded that cigarette smoking remains a public health burden during pregnancy in the United States.

The study, “Association of Maternal Cigarette Smoking and Smoking Cessation With Preterm Birth,” was published in JAMA Network Open.