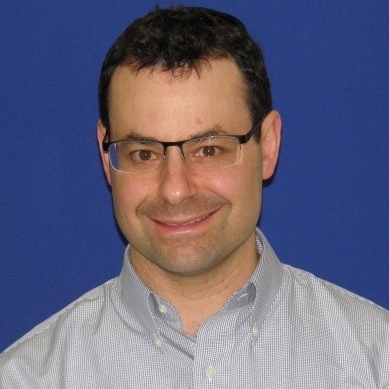 Adam J. Rose, MD, MSc
Potentially inappropriate prescribing practices may contribute to opioid overdose, with new data showing they were associated with a higher risk of all-cause mortality, and both fatal and non-fatal overdose.

The researchers identified 6 types of potentially inappropriate prescriptions, all of which were associated with higher adjusted hazard ratios (HR) for all-cause mortality, 4 with non-fatal overdose, and 5 with fatal overdose.

Led by Adam J. Rose, MD, MSc, a physician policy researcher at the RAND Corporation, the research team explored data from 3,078,034 patients aged 18 years or older, without cancer, who received an opioid prescription between 2011 and 2015. Cox proportional hazard models were used to identify the prescription practices associated with the 3 measured outcomes, with the researchers controlling for covariates.

“In some states, clinicians are mandated to check the prescription monitoring program database before prescribing—every single time,” Rose told MD Mag. “In states that don’t have such a mandate, we would urge clinicians to do so voluntarily—every time. It could save a life.”

“The large effect size for the no pain diagnosis variable [was surprising],” Rose said. “It was one of the strongest predictors of bad outcomes.”

Opioid use disorders impact roughly 9 out of every 1,000 Americans and opioid overdose-related deaths have quadrupled over the past 15 years, according to public health estimates. Multiple health campaigns have begun in order to educate prescribers and patients alike on the danger of high-dose opioids, and the importance of low-dose and limited-duration initial prescriptions.

Rose and colleagues noted that the data suggests that possibly creating a risk score which would incorporate multiple subtypes of potentially inappropriate prescriptions, which then could be displayed to prescribers in real time, would be of great use. The scale of a program of this type, however, is limited by the resources and scope of prescription drug monitoring programs (PDMPs).

“It would be difficult to implement nationwide risk scores due to limitations on interoperability,” Rose said. “But, to the extent that state PDMPs are able to communicate with each other more and more as time goes on, that could contribute to a national risk score. For now, it may be at the state level, and only in states with a more robust and functional PDMPs. Not all states have equally robust or functional PDMPs.”

The study, “Potentially Inappropriate Opioid Prescribing, Overdose, and Mortality in Massachusetts, 2011–2015,” was published in the Journal of General Internal Medicine.

Click here to sign up for more HCPLive® content and updates.
Related Coverage >>>
Pilot Program Increases Prescribers of Medication For Opioid Use Disorder
FDA Requests More Non-Clinical Information for HTX-011
Prolonged Opioid Use After Surgery May Burden Public Health
You May Also be Interested in
Most Popular
Denise Daley, PhD: Early Asthma Interventions for Infants
When to Suspect Diarrhea is Symptom of a Clostridium Difficile
Screen Time Linked to Inattentiveness, Behavior Problems in Children
New Model Predicts Suicide Risk with Health Record Data
Visual Impairment, Dementia Are Detrimental to Independence of Older Adults