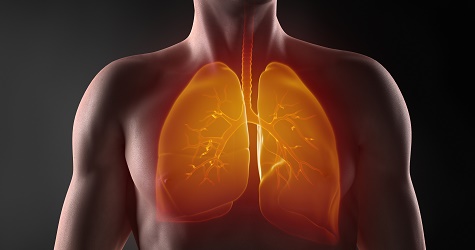 The adverse event (AE) rates returned were low and comparable to standard treatment of COPD.

The Phase III study included a randomized, active-controlled parallel group trial of 2 different revefenacin doses: 88 mcg or 175 mcg, inhaled via a nebulizer once daily. Researchers tested the drug's fixed-dosage safety and tolerability over 52 weeks, versus standard-of-care tiotropium (Spiriva). The revefenacin participants comprised half of the study's patient pool.

The other half of COPD patients received other therapies, such as long-acting beta-agonists (LABA) or LABA/inhaled corticosteroids (ICS).

"As of today, there are no approved nebulized LAMAs, despite a significant number of COPD patients needing or preferring nebulized therapy for the treatment of their disease," Haumann said. "Having achieved positive efficacy and tolerability data in our Phase III program, we and our partner Mylan believe that revefenacin is well positioned to address this important patient need."

The combined data of studies will support the anticipated US Food and Drug Administration (FDA) application of revefenacin for COPD, which could be submitted in the fourth quarter of 2017.

Mylan President Rajiv Malik was pleased with the 12-month safety study results, saying the company believes it now has all the data necessary for a "successful New Drug Application (NDA) filing."

"Should revefenacin receive approval from the FDA, we look forward to introducing this nebulized LAMA, to ensure the treatment has the greatest possible impact on the lives of patients with COPD," Malik said.