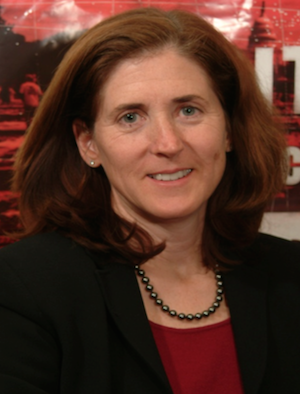 Young, HIV-positive mothers can experience better health if they continue antiretroviral treatment postpartum, according to a new, multi-racial study conducted in 8 countries.

“The data from this randomized trial provide further evidence of the benefits of continuing antiretroviral therapy [ART] after delivery in women in early stage HIV,” the lead author, Judith S. Currier MD, MPH (pictured), associate director of the Center for AIDS Research and Education (CARE) at the David Geffen School of Medicine at UCLA and a professor of medicine said in a press release.

The research by Currier and her international colleagues reportedly was the first randomized controlled study on the benefits of ART for young mothers with early HIV infections.

The biggest benefit for the women continuing the ART regimen was a 50% reduction in what the World Health Organization (WHO) classified as stage II and III clinical events, according to the study. Stage II events can include recurrent oral ulcerations, chronic diarrhea, persistent respiratory infections, and fungal nail infections. Severe weight loss, persistent fever, pulmonary tuberculosis, and recurrent bacterial infections such as pneumonia, Kaposi sarcoma, are among the stage III events.

There were 2.08 stage II and III events per 100 patient year (py) in the test group that continued ART and 4.36 events per 100 py in the group that discontinued ART after delivery. At the start of the 2.3-year study, 98 of the continuing group and 99% of the discontinuing group were in WHO stage I, which symptomatically can range from asymptomatic to persistent respiratory infections.

Less than 10% of the women in the discontinued group had CD4 T-cell counts drop below 350, while only 4% of the women who continued ART had a similar drop.

“This low rate of clinical progression observed in those randomized to discontinue ART post partum also provides some reassurance for women who cannot become virologically suppressed on currently available ART, due to toxicity or tolerability or, who require observation off ART due to complex multifactorial issues that preclude adherence,” the study said.

“These findings demonstrate a very low level of AIDS events among young women as compared to rates previously reported among studies that included populations who were older,” the study added. It explained that difference could be due to the higher CD4 T-helper cell counts among the study’s participants. At the beginning of the study, the median CD4 count was 696, a count of 200 or less can be a sign of entering stage III.  Ninety-four percentage of the cohort had entry level HIV-1 RNA < 1000 copies.

The research also looked at compliance with antiretroviral therapy – 15% of those assigned to the ART group prematurely stopped treatment.  “This study highlights the need to develop better ways to improve adherence to long-term ART in this vulnerable population,” Currier added in the same press release.

“Overall, serious clinical events were rare among young HIV-positive post-partum women with high CD4 cell counts. Continued ART was safe and was associated with halving of the rate of WHO 2/3 conditions. Virologic failure rates were high, underscoring the urgent need to improve adherence in this population,” the study concluded.

The study’s cohort included 1652 women from Argentina, Botswana, Brazil, China, Haiti, Peru, Thailand and the US with a median age of 28. The racial breakdown was 28% black African, 25% Asian, and 15% Caucasian. Prior to delivery median ART exposure was 19 weeks. Lopinavir/ritonavir plus tenofovir/emtricitabine was the preferred ART regimen.

The study, “Randomized trial of stopping or continuing ART among postpartum women with pre-ART with CD4 > 400 cell/mm,” appeared in the May 10 issue of PLOS One.

Click here to sign up for more HCPLive® content and updates.
Related Coverage >>>
Christina Tan, MD, MPH: Managing Coronavirus Fear
Novalung System Granted 510(k) Clearance for Whole ECMO System
Bempedoic Acid, A Non-Statin Lipid-Lowering Agent, Approved by FDA
You May Also be Interested in
Most Popular
The Fear of the Coronavirus, and the Reality of the Flu
Ibuprofen In First Trimester of Pregnancy May Reduce Future Child's Fertility
FDA Approves IV Meloxicam for Pain Management
Top 10 Painkillers in the US
Cardiac Abnormalities Associated With Charcot-marie-tooth Disease