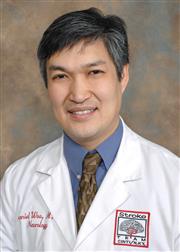 A new study from the National Institute of Neurological Disorders and Stroke found young black and Hispanic patients fare better after a stroke than young white patients.

Results of the study, which examined more than 400 patients following hemorrhagic stroke, indicated young black patients and young Hispanic patients had a 58% and 66% lower risk, respectively, of being functionally disabled or dying within 3 months as young white patients.

“Our study found that even when you account for factors that affect outcomes, such as how big the stroke is, race and ethnicity were still independent predictors of how well people would recover,” lead investigator Daniel Woo, MD, MSc, a neurologist at the University of Cincinnati, said in a statement.

A total of 418 cases—among them involving 173 black and 197 Hispanic patients—were included in the current analysis. The study population had a mean age of 43 (6) years and 69% were men.

Modified Rankin Score (mRS) was used by investigators to evaluate the functional outcomes of patients included in the study—mRS score at 3 months after intracerebral hemorrhage was used as the primary outcome of the study. A poor outcome was defined as a score of 4 or greater on the mRS, which indicated the patient had died or was suffering from some degree of functional disability.

Among the entire study cohort, 35% (n = 146) of all patients were classified as having a poor outcome at 3 months—including 73 who were unable to walk without assistance. Investigators noted 32 were bedridden, incontinent, and required instant nursing attention and 41 had died.

Investigators noted multiple limitations within their suited including being unable to categorize cultural and racial subgroups, a disproportionate number of white participants, they were unable to assess the importance of intracerebral hemorrhage stability on outcomes, and a significant number of cases were missing data. Additionally, the size of the cohort may not have been large enough to capture differences in racial subgroups.