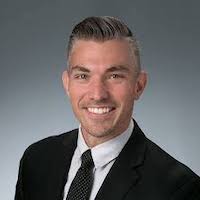 Athletes who are removed from playing a sport following a concussion have a shorter recovery time and higher neurocognitive scores, according to a new study.

The investigators examined a total of 130 athletes between 11-19 years old.

Recovery was measured by the number of days from injury to clearance to play again. They also used the Immediate Post-Concussion Assessment and Cognitive Testing (ImPACT) to measure neurocognitive outcomes and the Post-Concussion Symptom Scale (PCSS) measured symptom severity.

Both groups who continued to play had worse neurocognitive performance and higher symptom scores than the removed group at days 1-7, with the long-play group demonstrating worse reaction times than the short-play group.

At days 8-30, both play groups performance was worse than the removed group on visual memory and visual motor speed, while only long-play performed worse on verbal memory and reaction time.

“Results provide initial evidence of a dose-response effect for continuing to play on recovery from concussion, highlighting the importance of removal from play,” the authors wrote.

There are approximately 1.6-3.8 million sport/recreation-related concussion each year in the US and 50-70% of concussions go unreported or undiagnosed because of limited knowledge regarding concussion signs and symptoms, delayed symptoms, and pressure to continue to play.

A recent study showed NCAA Division I athletes who continued to play following a concussion took an average of 4.9 additional days to recovery and play status predicted total days missed after controlling for other empirically established predictors of prolonged recovery, such as sex, concussion history, learning disability, or ADHD history.

Athletes who continued to play were 2.2 times more likely to take more than 7 days to recover.

While studies have provided evidence for the deleterious effects of continued play post-concussion, they do not address whether the duration athletes continue to play influences these outcomes.

“Despite consensus statements emphasizing the importance of immediate removal from play postinjury and previous research demonstrating the deleterious effect of continued play on outcome and recovery,13 concussions continue to be underreported and underdiagnosed,” the authors wrote. “The current findings demonstrate the implications of continuing to play following SRC and highlight the importance of identifying and removing athletes from play.”

The study, “Preliminary Evidence of a Dose-Response for Continuing to Play on Recovery Time After Concussion,” was published online in The Journal of Head Trauma Rehabilitation.