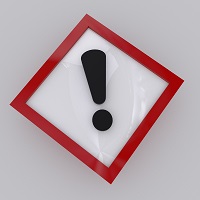 Introduced in the 1980’s, Proton Pump Inhibitors (PPI) like Nexium and Prilosec are now nearly ubiquitous in American drugstores, television broadcasts, and medicine cabinets. Atop already surprising studies that linked their daily use with increased risk of kidney failure, new data has emerged that shows they may also contribute to weakening of the bones.

Published in the International Journal of Rheumatic Diseases, a new study out of Kashan University of Medical Sciences in Iran followed 80 patients over the course of two years, half of whom used PPIs daily, while the other half did not. Spinal and femoral bone mineral density (BMD) were measured in both groups: “Our study demonstrated that mean femoral T-scores were significant between PPI and non-user groups (−0.44 ± 1.11 vs. +0.19 ± 0.95, P = 0.007). In addition, the frequency of femoral osteoporosis and osteopenia in the exposed group was significantly more in the control group (P = 0.04).”

PPIs work by blocking the production of stomach acid, and are recommended by their manufacturers for short term treatments, 14 days at a time at a maximum of three courses per year. Given the extreme frequency of GERD and other related ailments, however, the over-the-counter drugs are extremely popular and likely used well past those recommendations.

The FDA previously issued a warning in 2010 that the drugs may be linked to a greater chance of bone fractures, but declined at that time to recommend an additional label warning.

Other recent studies link the drugs to kidney problems, with one published in JAMA Internal Medicine just this February showing a correlation between increased PPI use and rates of chronic kidney disease, an increase of risk between users and non-users anywhere from 20 to 50%.

Given the popularity of over-the-counter PPIs, like omeprazole (Prilosec and others) and lansoprazole (Prevacid), it’s important that consumers and primary care physicians alike are aware of these potential side effects before continuing use. Barring a sudden decrease in global heartburn, studies such as these will be well worth the medical community’s attention in the years to come.

Click here to sign up for more HCPLive® content and updates.
Related Coverage >>>
Use of ACE Inhibitors/ARBs Linked to Lower Colorectal Cancer Risk
Free Webcast on Pediatric Atopic Dermatitis Scheduled for July 16
Practices to Ensure the Best Communication Across the Patient Journey
You May Also be Interested in
Most Popular
Who Stole Einstein's Brain?
Toothpick perforation of the small intestine diagnosed by exploratory laparoscopy
New HIV Test Combines Reliability of Blood Test, Convenience of Saliva Test
Reading Room: We're Not In Kansas Anymore
Teva Announces Release of New Treatment for Wilson's Disease