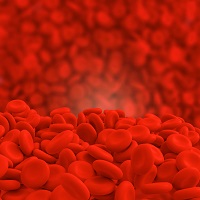 Researchers in New York have used transcriptional profiling of platelets to identify genetic factors that appear to put some people at higher risk of cardiovascular events. Those include stroke.

Writing in Blood Journal,  Jeffrey S.Berger, MD, of the Divisions of Cardiology and Hematology, Department of Medicine, New York University School of Medicine, New York, NY, and colleagues say the key implication of the research is that cardiologists will be more easily able to find these patients by understanding why some people's blood clots more efficiently than that of others.

In their analysis, the goal was to identify associations between platelet activity variability and platelet-related genes in healthy controls.

Transcriptional profiling of platelets revealed that WD-40 repeat domain 1 (WDR1), an enhancer of actin depolymerizing factor activity, is downregulated in platelet mRNA from subjects with a hyperreactive platelet phenotype.

Stimulation of MEG-01 with thrombin reduced levels of WDR1 transcripts and protein, they said.

WDR1 knockdown  in MEG-01 cells increased adhesion and spreading in both the basal and activated states, increased F-actin content, and increased the basal intracellular calcium concentration.

They also showed significantly increased adhesion in the basal state and upon thrombin activation.

In contrast, they found, WDR1 over expression reversed the WDR1 knockdown phenotype of megakaryocytes and platelet-like particles.

To translate the clinical significance of these findings, WDR1expression was measured in platelet RNA from subjects with established cardiovascular disease (n=27) and age- and sex-matched controls (n=10).

The WDR1 mRNA and protein level was significantly lower in subjects with cardiovascular disease.

The researchers concluded, "These data suggest that WDR1 plays an important role in suppressing platelet activity, where it alters the actin cytoskeleton dynamics, and downregulation of WDR1 may contribute to the platelet-mediated pathogenesis of cardiovascular disease."

Treatment Co-Variates Have No Impact on Stroke Prevention

Asthma Flares May Be Marked by Boost in Key Clotting Factors