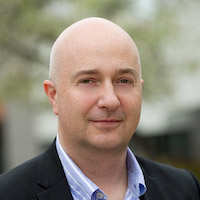 Officials are optimistic about the initial results of a phase 2 clinical trial for a new plasma-based treatment for mild-to-moderate Alzheimer disease (AD).

California-based Alkahest announced that GRF6019, a proprietary plasma fraction comprised of about 400 proteins, was both safe and well-tolerated with no cognitive decline as a treatment for AD.

The new data shows a stable maintenance of cognitive and functional status over a 6-month period in patients who normally would expect a cognitive decline during such a timeline.

“We’ve been doing a lot of preclinical work to build the concept that there are components of plasma which actually drive beneficial functions and detrimental functions,” Braithwaite said.

“The ability to take forth a plasma fraction is the first bridging of preclinical data to the clinic,” he added. “It was very exciting for us that what we’ve been seeing in animal models can be translated to the patients safely and we did not see any cognitive decline or functional decline.”

The investigators believe the treatment could be effective because the components of young blood that counteract inflammatory and other age-related degenerative processes in the brain can be enriched and delivered as a plasma-derived product that does not require donor and recipient blood type matches.

The phase 2 trial began in April 2018 with 40 people with clinical diagnoses of probably AD without needing biomarkers to confirm underlying molecular pathology.

Elizabeth Jeffords, Alkahest’s chief commercial and strategy officer, said in an interview with MD Mag they are currently planning for the phase 3 trial.

“We are absolutely looking at the data and we are still doing some analysis on both proteomic samples and imaging and we’re looking forward to moving that forward as quickly as possible,” she said. “We don’t have a set timeline for that right now but we definitely believe this warrants much further study.”

The success of the Alkahest trial comes at a time where investigators are pushing more and more research for treating AD.

While there continues to be debate as to what drives AD, Braithwaite said the plasma approach could be effective regardless of what protein is deemed the underlying cause of the disease.

“Our approach is very agnostic to the specific driver, where we think we are modulating multiple age-related and disease-related biological processes,” he said. “This really is a whole mechanistically novel approach to treating Alzheimer’s disease.”

Recently, the Cleveland Clinic released their fourth annual  “Alzheimer's disease drug development pipeline: 2019,” a comprehensive look at what is currently developed in clinical trials in the US, including GRF6019.

The investigators, led by Jeffrey Cummings, MD, ScD, director emeritus of Cleveland Clinic Lou Ruvo Center for Brain Health, identified all pharmacologic Alzheimer trials currently in development from Clinicaltrials.gov. They found 132 agents currently in 156 clinical trials—28 of which are in 42 phase 3 trials; 74 in 83 phase 2 trials; and 30 in 31 phase 1 trials.


Click here to sign up for more HCPLive® content and updates.
Related Coverage >>>
Banafsheh Kashani, MD: Uterine Fibroids and the Importance of FDA Approvals
Insufficient Data to Accurately Monitor Most At-Risk Communities for Flu
Baloxavir Effective in Preventing Spread of Flu
You May Also be Interested in
Most Popular
Picking up the Pace: Progress on Artificial Kidney
Physicians and Patients Need to Discuss the Benefits of Clinical Trials
Physicians Stop RA Medications Too Soon Before Surgery
Denise Daley, PhD: Early Asthma Interventions for Infants
Top 10 Painkillers in the US