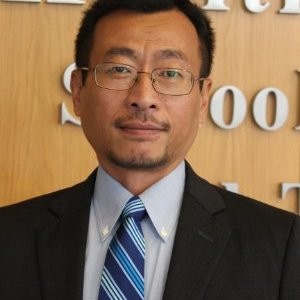 A recent study is adding further evidence to the debate that a plant-based diet is more beneficial for a patient’s cardiovascular health than one based on animal protein.

The study, which was performed by investigators at Tulane University, found a reduction of animal product intake and adherence to a plant-based diet could reduce the gut-microbiome metabolite trimethylamine N-oxide (TMAO), which previous studies have linked to increased risk of coronary heart disease.

“Our findings show that decreasing TMAO levels may contribute to reducing the risk of CHD, and suggest that gut-microbiomes may be new areas to explore in heart disease prevention,” said lead investigator Lu Qi, MD, director of the Tulane University Obesity Research Center, in a statement.

From the Nurses’ Health Study, investigators identified a cohort of 760 women between the ages of 30 to 55 years old with information related to dietary patterns, smoking and physical activity habits, and other demographic data—these patients also had 2 blood samples from 10 years apart taken at Cleveland Clinic. Of note, 380 Nurses’ Health Study participants with coronary heart disease and 380 demographically matched-control participants without the disease.

In regard to baseline differences between the groups, investigators pointed out those with coronary heart disease had higher BMI and were more likely to have a family history of myocardial infarction and metabolic risk factors at the first and second time points.

No differences were noted in regard to median values of plasma TMAO levels at first collection between the groups. Conversely, levels of plasma TMAO at the second collection were higher in those with coronary heart disease compared to the control group.

Results of the analyses revealed increases in TMAO were significantly associated with increased risk of coronary heart disease (RR 1.58; 95% CI, 1.05-2.38). Additionally, investigators noted that every 1 increase in standard deviation was associated with a 1.33 (95% CI, 1.06-1.67) increase in relative risk.

Results also indicated those in the highest tertile of TMAO levels at both time points had the highest risk for coronary heart disease (RR 1.79; 95% CI, 1.08-2.96) when compared to those with low TMAO levels. When examining whether a positive relationship between TMAO and incident coronary heart disease could be attenuated by adherence to healthy dietary patterns, investigators found significant interactions between TMAO and adherence to healthy dietary habits (P interaction = .08).

In an editorial comment penned by Paul Heidenreich, MD, and Petra Mamic, MD, both of Stanford University School of Medicine, wrote the current study gives support to the idea that physicians should be advocating for healthy eating patterns among their patients.

“Although the idea of personalized nutrition in practice may still be beyond our reach, we should not let perfect be the enemy of good. The results from Heianza et al. should encourage us to continue to advocate for a more widespread adoption of healthy eating patterns,” Heindenreich and Mamic wrote.

Click here to sign up for more HCPLive® content and updates.
Related Coverage >>>
Study Finds Marijuana Use Not Linked to Increased Stroke Risk
FDA Approves Ticagrelor DAPT for Patients Without CVD, Stroke History
Heart Failure Patients Could Benefit from Palliative Care
You May Also be Interested in
Most Popular
Comparing RT-PCR and Chest CT for Diagnosing COVID-19
Challenges for the Treatment of Schizophrenia
When to Suspect Diarrhea is Symptom of a Clostridium Difficile
Nanoparticle Treatment Showing Promise Against Rhumetaoid Arthritis
Immunotherapies at the Forefront of COVID-19 Treatment Research