PICCs Linked to Increase of Blood Clots in Children 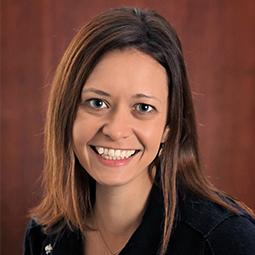 New research from a conglomerate of children’s hospitals from across the nation is revealing use of peripherally inserted central catheters (PICCs) in children is associated with a significant increase in risk of blood clots compared to central venous catheters (CVCs).

A multicenter cohort study of more than 1900 newly placed PICCs or tunneled lines (TLs) indicated children between 6 months and 18 years of age were 8.5 times more likely to develop venous thromboembolism (VTE) if they received a PICC compared to a tunneled line.

“We can say definitively that patients who have PICCs have a much higher rate of thrombosis as well as central line associated bloodstream infections and catheter malfunctions when compared to TLs," said investigator Julie Jaffray, MD, of Children's Hospital Los Angeles and University of Southern California. "PICCs are not as benign as we once thought."

The primary outcome measure of the study was the incidence rate and risk factors of CVC-related VTE in both PICCs and TLs in children. Secondary outcome measures of the study included the rate of central line associated bloodstream infections (CLABSIs) and catheter malfunctions between PICCs and TLs. Investigators pointed out participants diagnosed with a VTE, CLABSI and malfunction rates were compared prior to diagnosis.

Investigators noted the most common type of TL placed during the study was a Port-a-cath® and the most common placement for TLs were the internal jugular vein (55%) and the subclavian vein (41%). In regard to PICCs, most were inserted into the basilic vein (56%) followed by the brachial vein (26%).

This study, titled “Peripherally Inserted Central Catheters Lead to a High Risk of Venous Thromboembolism in Children,” was published in Blood, a journal of the American Society of Hematology.