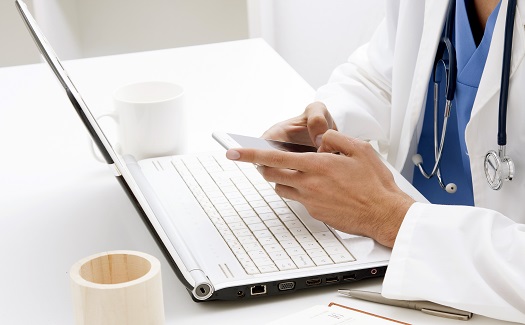 Social media has more uses than sharing funny videos. Physicians are discovering its platforms can be used to reach patients and raise awareness of health conditions. In another use, researchers from the University of Pennsylvania’s Perelman School of Medicine have found that Twitter and Facebook, have helped identify behavioral trends and attitudes relevant to the risk of infection with the human immunodeficiency virus (HIV).

“The language that we write is a representation of our daily lives,” H. Andrew Schwartz, PhD, said in a news release. “It captures aspects of people that are otherwise quite elusive to health researchers, such as the psychological side that’s difficult to get at.”

Schwartz and colleagues have been examining the impact of social media on HIV for quite some time. Last year they reported in AIDS and Behavior that people living in counties with lower HIV rates were more likely to use action words in their tweets, such as “work,” “plan,” and “engage.” This finding was based on analyzing more than 150 million tweets from people in the United States. These tweets didn’t directly indicate whether a person was HIV-positive or was planning to get tested for the virus, but the researchers were able to identify general language that corresponded with HIV cases.

The researchers have expanded the discussion on their Health and Social Media Group page. The project aims to use social media in order to identify HIV transmission behaviors, as well as other sexually transmitted infections (STIs).

“To combat HIV effectively, we need to know where treatment resources need to be aimed at and where new health risks are developing,” the team wrote on the group page. “One challenge is that communities’ and individuals’ risk factors for HIV change dynamically and it usually takes several years for these changes to show up in the large surveys that government agencies publish.”

Based on the results from the Health and Social Media Group project, the team is hoping to find specific geographic locations where people are at risk for HIV, which will signal where to implement preventive efforts. This approach is also being used to examine other health conditions, like diabetes. The study findings are expected later this year.

“This type of data can inform public health interventions,” Schwartz, a visiting assistant professor of Computer and Information Science at the University of Pennsylvania and assistant professor of Computer Science at Stony Brook University. “With this information, you can use a ranking of how action-oriented a community is and where you may want to intervene, and start some programs about HIV awareness.”

The news release was provided by Penn Medicine.