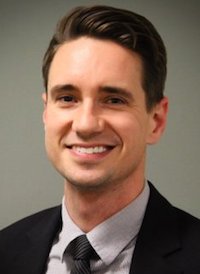 Scott E. Hadland, MD, MPH, MSc
The marketing of opioids to physicians through non-research payments, including speaking fees and meals, was associated with greater opioid prescribing.

“If you were to ask most of the doctors in the study, ‘do you think payments are affecting your prescription practices?’ I think most would say no, this is not an intentional change in behavior,” said Scott E. Hadland, MD, MPH, MSc, director of the Urban Health and Advocacy Track, Boston Children’s Hospital and Boston Medical Center, and assistant professor of pediatrics at the Boston University School of Medicine.

However, Hadland told MD Magazine that for young people who struggle with heroin or fentanyl addiction, “often the first opioid that they’re exposed to is one prescribed by a doctor.”

In this study, researchers linked data about payments from pharmaceutical companies in the Open Payments database with information about claims from physicians who wrote opioid prescriptions for Medicare beneficiaries in the Medicare Part D Opioid Prescriber Summary File. They identified all non-research payments related to opioids, excluding buprenorphine hydrochloride marketed for addiction treatment.

“Although opioid prescribing has declined nationally, rates in 2015 were triple those in 1999 and remain elevated in regions of the country with higher numbers of overdoses,” said the authors.

Of the 369,139 physicians who prescribed opioids under Medicare Part D in 2015, 7% collected non-research payments totaling about $9 million.

“We shouldn’t just be restricting the value of the payments, but limiting the number of interactions,” said Hadland, referring to recent legislation introduced in New Jersey that caps annual marketing payments (not just opioid-related) at $10,00 per year per doctor.

Hadland pointed out that in this study only 1.7% of physicians received $1000 or more in payments, making a $10,000 cap irrelevant.

The authors caution that their findings do not establish cause and effect, but association between payments and increased opioid prescriptions. Physicians who receive payments from pharmaceutical companies may already be more likely prescribe opioids.