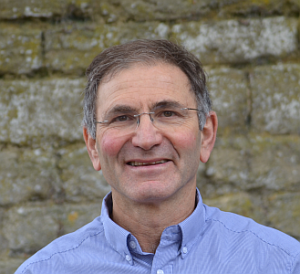 Alan Stein, FRCPsych
According to a recent study, persistent postnatal depression (PND) lasting longer than 6 months can have severe implications on child development.

Additionally, women with persistent PND are likely to experience significant depressive symptoms until at least 11 years after childbirth.

“We know postnatal depression is commonly affecting approximately 1 in 10 women,” study authors Elena Netsi BSc, MSc, DPhil, and Alan Stein, FRCPsych, University of Oxford, told MD Magazine. “Frequent screening for depressive symptoms both early and late in the postnatal year will ensure women receive the treatment and help they need both to address the mother’s depression and to mitigate possible effects on children’s development. Given that there are evidence-based treatments for depression it is important that help is provided for these women.”

The observational study included 9848 women — the mean age of women delivery was 28.5 years — with varying levels of post-natal depression and 8287 children — 51% were boys and 49% were girls. Three thresholds of PND severity — moderate, marked and severe — were defined using the self-rated Edinburg Postnatal Depression Scale (EPDS).

In the study, PND was defined as persistent when the EPDS score was above the threshold level at both 2 and 8 months after childbirth. The study utilized data from various stages of children’s development ranging from preschool to late adolescence to examine the natural course of different levels of PND severity identified at 2 and 8 months after childbirth using growth curve modeling, the association of PND persistence and severity with child behavioral problems at 3.5 years of age, lower mathematics grades at 16 years of age and self-reported depression at 18 years of age.

According to study authors, this specific group of mothers and children should be prioritized for treatment both to address maternal depression that’s more than likely going to continue and affect children development. Authors have shown that treatment for women with persistent PND can be delivered effectively with high rates of sustained remission utilizing home-based delivery of psychological therapy.

“There are good evidence-based treatments for depression and these include cognitive behavioral therapy, behavioral activation therapy and anti-depressant medication,” the authors said.

The study, "Association of Persistent and Severe Postnatal Depression with Child Outcomes" was published in JAMA Psychiatry January 2018.

Related Coverage >>>
Running Away or Righting The Way: Is Psilocybin a Viable Psychiatric Treatment?
Do OTC Pain Relievers Have Psychological Effects?
Suffering in Silence: The Scourge of Physician Suicide