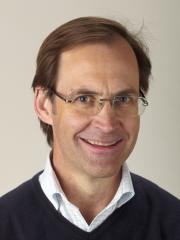 Patients with multiple sclerosis (MS) who experienced pediatric-onset (POMS) before the age of 18 face greater cognitive decline than patients who experienced onset as adults (AOMS), according to a new study.

Jan Hillert, MD, PhD, of the Department of Clinical Neuroscience at Karolinska Institute, Sweden, led the team of investigators. They drew data from the Swedish MS Registry (SMSreg)—a national database established in 2001 that contains critical information from all 64 of Sweden’s neurology clinics—and analyzed said data April-August 2018.

All participants in the study had been diagnosed with clinically definite MS, having experienced onset (onset being the first recorded clinical manifestation) before April 15, 2018. Participants were also between the ages 18-55, and each had an individual disease duration of less than or equal to 30 years. The pool of participants began at 8247, but after inclusion criteria were applied, that number dropped to 5704 (300 with POMS and 5407 with AOMS; 1689 male [29.6%] and 4015 female [70.4%]). The median age for the POMS group was 25.6 versus 38.3 in the AOMS group.

The key focus, however, was the comparative levels of cognition decline in the two patient groups. This was measured via the Symbol Digit Modalities Test (SDMT) score of 0-120, which investigators administered at baseline, at 6 months, and annually thereafter to those participating in the study. Linear mixed-effects models compared SDMT scores between POMS and AOMS participants.

According to the study’s accompanying editorial, many younger patients with MS appear mostly stable, only to decline sharply within 5 years of follow-up or fail to acquire age-appropriate gains relative to their peers.

“Those with a younger age at onset could be expected to be at increased risk for cognitive problems, but older pediatric patients have been found to have higher rates of impairment in some reports,” the editorial read.

In a multivariable analysis model that accounted for age, disease duration, etc., SDMT scores for the POMS group were drastically lower than those of the AOMS group (β coefficient, −3.59 [95% CI, −5.56 to −1.54]).

In addition, the POMS sample qualified as “employed but work challenged” (according to the SDMT anchor score of 55) at approximately 34 years of age, while the AOMS sample avoided this until an average of 50 years of age—a marked 16-year difference.

The investigation has the potential to increase common knowledge of pediatric-onset MS and, as a result, increase resources available to that patient population.

“The increased awareness that children and adolescents can develop MS and that these individuals can experience cognitive and mood-related difficulties should help lead to more rapid interventions,” the editorial read.

The study, “Long-term Cognitive Outcomes in Patients With Pediatric Onset vs Adult-Onset Multiple Sclerosis,” was published by JAMA Neurology alongside the accompanying editorial.