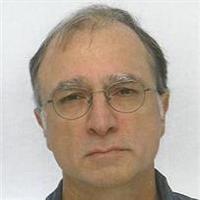 Children who have multiple allergic diseases early in life could face higher risks of health issues as adults, according to new research that builds upon the so-called “hygiene hypothesis.”

The hygiene hypothesis is the idea that modern hygiene practices have delayed the age at which people come into contact with certain formerly ubiquitous microbes. As a result, the theory goes, humans’ immune systems don’t build up defenses to the microbes and are therefore more susceptible to things like allergens and inflammation.

The theory that immune systems are programmed early in life is the subject of new research that sought to figure out what the long-term implications of such programming might be. Investigators in Switzerland studied 5000 patients born in the middle of the 20th century to see how certain health factors earlier in life correlated with health issues as adults.

The 5000 people, ranging in age from 35-82, were surveyed to find out whether they had had a range of health issues as children, including measles, mumps, pertussis, chicken pox, asthma, drug allergies, and trauma. Those data were collected along with adult health data. Patients were classified into 1 of 5 immune system categories: neutral, resilient, atopic, mixed (infectious and atopic diseases), and traumatized (those suffering adverse childhood events).

Nearly 3 in 5 people were considered “neutral,” meaning they had normal immune systems and a relatively low disease burden in childhood. About 20% of patients were put into the resilient category—these patients had unusually strong immune systems and generally lower rates of childhood illnesses and diseases.

Another 9% were put in the mixed category, meaning they had experienced both allergies and certain infections as a child. Seven percent of patients were labeled “atopic” because they had incidences of multiple allergic diseases. The last group, about 5% of enrollees, experienced childhood trauma. The patients in this ACE group had higher rates of allergies as children, though they generally had lower rates of infectious diseases.

Lead author Vladeta Ajdacic-Gross, PhD, of the University of Zurich, said the proportion of people in the resilient and neutral cohorts decreased over the decades, while the atopic group grew, a fact that seems to confirm the hygiene theory that issues like allergies and infectious diseases have worsened over time thanks to improved hygiene.

He told MD Magazine® that the trend would likely continue to children born more recently.

“Both the neutral and the resilient group decreased,” he said. “Since these are large groups, decreases of 2% are not very relevant for them. However, the consequences are quite different for a small group such as the atopic group that increases by the same amount.”

The data also showed immune classes correlated with significant health differences later in life. People who were categorized at atopic or mixed were more likely to have both somatic and psychiatric health problems later in life, while patients with resilient immune systems had lower risks of both types of health problems. People with childhood trauma were more likely to suffer psychiatric issues as adults, and women had a higher risk of chronic inflammatory diseases.

Ajdacic-Gross said there are many questions yet to be investigated. For one, it’s not yet clear how a patient’s immune system might switch from one class to another.

“More generally, we cannot exclude that there is exchange between immune mediated classes later in childhood or youth,” he said. “We simply know too little for now.”

The answers to those questions will eventually help investigators and physicians better understand how to treat such patients and prevent the later-in-life health risks.

The study, “A step beyond the hygiene hypothesis—immune-mediated classes determined in a population-based study,” was published online in BMC Medicine.

Click here to sign up for more HCPLive® content and updates.
Related Coverage >>>
Dupilumab Hits Phase 3 Endpoints for Eosinophilic Esophagitis
FDA Approves Dupilumab for Pediatric Eczema
The Role of Autoantibodies in Untreated Psychosis
You May Also be Interested in
Most Popular
Positive Results Treating Active Psoriatic Arthritis with Upadacitinib
Adverse Effects of Hydroxychloroquine, Chloroquine, and Azithromycin
Magic Johnson Celebrates Life 25 Years After HIV Diagnosis
FUND SIZE MAY MATTER
Top 10 Painkillers in the US