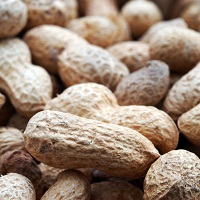 Despite inducing desensitization, peanut allergy oral immunotherapy increases a patient’s risk of allergic reactions compared with avoidance or placebo, according to a recent study.

Investigators examined 12 randomized clinical trials that included more than 1000 patients and found that oral immunotherapy was associated with a greater risk of anaphylaxis, epinephrine use, and serious adverse events compared to avoidance or placebo.

Investigators note that the frequency of anaphylaxis was about 3 times higher (22.2% versus 7.1%) in the group with oral immunotherapy compared to the group without. Epinephrine use was around 2 times greater in those who underwent oral immunotherapy, from 3.7% without to 8.2% with. The number of serious adverse events was about double as well, from 6.2% without to 11.9% with.

Authors noted several limitations within their study including the small number of patients and studies that did not report all data for all patients. They also noted that the findings of their study would benefit from additional studies.

Study authors wrote that their results legitimize the need for additional studies to further explore the impact of oral immunotherapy and what improvements in safety can be made to make the treatment most effective for patients.

“Our study synthesises all randomized clinical trials comparing peanut oral immunotherapy to no immunotherapy in order to generate the highest quality evidence to inform decision making. It shows that current peanut oral immunotherapy regimens can achieve the immunological goal of desensitization, but that this outcome does not translate into achieving the clinical and patient-desired aim of less allergic reactions and anaphylaxis over time,” wrote lead author Derek Chu, MD, PhD, FRCPC, professor at McMaster University, Canada.

This study, titled “Oral immunotherapy for peanut allergy (PACE): a systematic review and meta-analysis of efficacy and safety,” was published in The Lancet.

Click here to sign up for more MD Magazine content and updates.
Related Coverage >>>
Overcoming Physician Burnout During the Winter
Flu Cases Reach 13 Million in the US, CDC Reports
Tweet Chat on Doctors Getting Online Scheduled for January 27
You May Also be Interested in
Most Popular
Overcoming Physician Burnout During the Winter
Geographic Variation in Procedure Use Among Medicare Recipients
This Is How HIV Enters the Nucleus of Immune System Cells
Use of IL-23 Inhibitors to Treat Plaque Psoriasis
Minorities Disproportionately Cared for in ICU