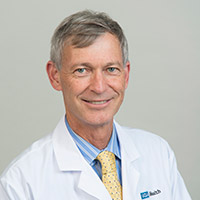 The results from Peter Szilagyi, MD, MPH, and colleagues, however, emphasized the need for more intensive or targeted patient motivational strategies.

The team performed the four-arm randomized clinical trial across the University of California, Los Angeles system to evaluate the effect of patient reminders sent through an electronic health record (EHR) patient portal on flu vaccination rates. Szilagyi and the investigators included 164,205 patients in the study.

Two investigators sent files to the healthcare system’s patient portal team, defining the messages to be sent. Patients then received a notification by email or text message based on their preference. The notification informed patients a message from their doctor had been posted on the portal. Flu vaccination was not mentioned in the message title, so patients had to log in and read the letter.

The letter included information regarding the upcoming flu season, and the disease could cause substantial morbidity. What’s more, it provided a recommendation to receive a vaccination by calling for an appointment or going to a pharmacy. The letter had a website link to input vaccinations received elsewhere into their UCLA Health System record and another link to a webpage with information about flu vaccine and video testimonials about flu vaccination.

Through the EHR, Szilagyi and the team obtained information on each participant’s flu vaccinations administered at any UCLA Health System site.

The main outcome of the study was EHR-based documentation of >1 flu vaccine. Additional outcomes included flu vaccination rates among subgroups and vaccinations self-reported by patients in reply to the portal-based query as having gotten a vaccine elsewhere.