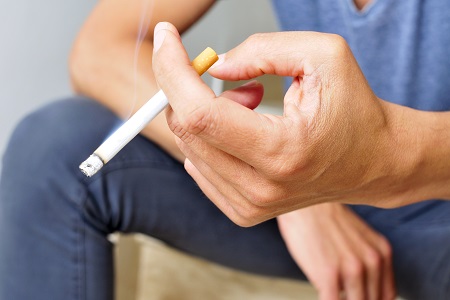 Age and smoking duration is related to the severity of chronic obstructive pulmonary disease (COPD) symptoms, according to a new report.

Investigators from Seoul, South Korea identified more than 17,000 COPD patients between 2005-2015 in order to analyze the effect of aging on the occurrence of cigarette smoking-induced COPD. The investigators evaluated the patients’ smoking status using a lifestyle intervention program and then also measured the occurrence of COPD using the Korea National Health and Nutrition Examination Survey (KNHANES).

The study authors said that with the decrease in tobacco use, the prevalence of COPD should also be decreasing, though that does not appear to be the case worldwide. The economic burden of COPD also continues to increase. In Korea, the investigators said, the costs per person were more than three times higher in patients with high-grade COPD than those without it: $3744 versus $1183.

After narrowing down these patients and categorizing them, the investigators were left with 627 eligible COPD patients. The investigators used body mass index (BMI), the number of cigarette packs per day smoked (multiplied by the number of years smoked), and current smoking status (current or ex-smoker) as control variables.

The male COPD patients outnumbered the females by 3 to 1. There were more mid-level severity COPD patients (such as level 2 or 3) than there were severe patients (level 4), they added. There were also fewer current smokers than ex-smokers (298 vs 329, respectively). The average length of smoking duration was 13 years.

The investigators found that age was found to have significant positive main effects. They wrote that with increasing age, the severity of COPD was increased. The young age/short duration patients experienced less severe COPD than the young age/long duration patient group.

“The combined effect of smoking duration and age were found highly significant among subjects over 20 years aged smoking group for COPD severity,” they wrote.

The study authors also said that the effects of age and smoking duration when combined were also a factor in COPD severity. Subjects experienced more severe COPD as they lived longer while smoking, and the effect was aggravated when aging was combined, they explained.

Previous studies have demonstrated that the prevalence of COPD and its risk factors had no association, but there seemed to be a trend among patients who smoked—they were not sensitive to air condition or environmental factors, the study authors explained. Overall, few studies have examined COPD severity according to aging and smoking behaviors, but 1 study showed that lifestyle interventions improved COPD risk factors. It also found that age-related abnormalities in COPD patients could also be used to identify smokers at high risk for age-related systemic manifestation, the study authors said.

The study, “Effects of Aging and Smoking Duration on Cigarette Smoke-Induced COPD Severity,” was published in the Journal of Korean Medical Science.