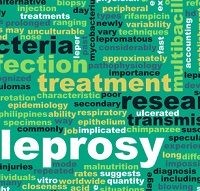 Leprosy has spread to California, according to federal and local public health officials.

Parents of pupils at the Indian Hills Elementary School in Riverside, CA got Sept. 1 letters warning that two children were suspected of having the bacterial infection, known also as Hansen’s Disease.

The US Centers for Disease Control and Prevention (CDC) has confirmed positive lab results in the case of one of students.

The news  triggered panic and absentism, and school and health officials have worked to dispel fears. They have been distributing information on how difficult it is for the disease to spread, and how treatable it is with antibiotics.

Skin biopsies from each of the children initially diagnosed were examined at the Clinical Center of the National Hansen’s Disease Program (NHDP) in Baton Rouge, LA.  NHDP offers free pathologic review as well consultation on molecular identification of Mycobacterium leprae as part of its commitment to eradicating leprosy worldwide.

Though there was no information offered on how or where the California child got the disease, last year the CDC reported that leprosy--believed to be spread by contact with infected armadillos-- is on the move in the US.

“Leprosy appears to be an emerging infection of armadillos throughout the southeastern United States, said the NHDP’s Rahul Sharma, PhD and colleagues writng in the CDC’s Emerging Infectious Diseases in December, 2015.

The slow-moving animals are frequently struck by vehicles on highways in regions where they live. Contact with their blood is the likely source of infection, he wrote.

Leprosy was common in 16th century Europe where it is now extremely rare.  Currently only 20-40 United States cases occur per year.  According to the CDC only 2,300 new U.S. diagnoses were recorded from 1994 to 2011.

In its early more easily treated stages it can mimic common skin disorders like atopic dermatitis.

The bacteria grow very slowly, making it difficult to know how and where patients acquired the infection.

At a 2014 British Association of Dermatologists conference in Glasgow, Scotland,  Ausama Atwan delivered a warning to colleagues. There hadn't been a confirmed  case in the UK for 60 years.

He described the course of two Asian dermatology patients seen in Cardiff, Wales.

One man was treated for a skin infection and rash, the second was diagnosed with atopic dermatitis. Both turned out to have Hansen’s disease. The bacteria M. leprae multiply so slowly symptoms might not appear for twenty years.

Antibiotics are effective in treatment but the nerve damage that ultimately occurs in a later-stage unchecked infection is irreversible.

“It may easily be misdiagnosed and consequently pose future health risks for patients if missed” Dr. Atwan told attendees.

Further coverage:
Leprosy Is on the Move in US, CDC Says
Finding Leprosy Biomarkers May Lead to Advances in other Infectious Diseases
Visting Bergens Leprosy Museum