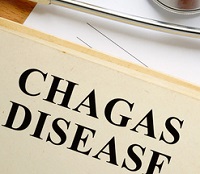 Chagas disease patients who got trypanocidal therapy with benznidazole had relief from the acute phase of the heart illness, but their cardiomyopathy continued to progress, a multi-national study in South America and Latin America found.
According to the US Centers for Disease Control and Prevention, the disease is caused by the parasite Trypanosoma cruzi, which is carried by insects and transmitted to people and animals by bug bites and is common in rural areas of Latin America. Globally it is the third most common parasitic disease.
Carlos Morilla, MD, and colleagues at Population Health Research Institute–Hamilton Health Sciences and McMaster University in Ontario, Canada studied 2,854 patients with heart failure due to Chagas.
They were randomized to benznidazole or placebo and followed for five years.
The drug did kill the parasite in about 2/3 of the patients, but there were no significant clinical cardiac benefits seen.
The study, first published in the New England Journal of Medicine, was highlighted Oct. 27 in JAMA.
Researcher hypothesized that different genetic subtypes of the parasite might be in different patients, possibly explaining why a third of the patients did not see a reduction of circulating parasites in their serum. .