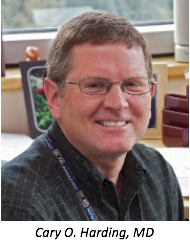 Pegvaliase, an enzyme substitute marketed as Palynziq, recently received approval from the US Food and Drug Administration (FDA) for use in adults with phenylketonuria (PKU). PKU is an inherited metabolic disorder that leads to a buildup of the protein phenylalanine (Phe), which can cause brain damage and other health problems.

Until now, treatment options have included an ultralow-protein diet and the drug sapropterin, which helps only a portion of those who suffer from PKU. However, a multiphase trial known as PRISM-2 has been evaluating pegvaliase for use in adult patients with PKU, and the results have been positive.

Eighty-six patients with PKU who were at least 18 years old and had a Phe level above 600 μmol/L (10 mg/dl) when they enrolled in the first part of the study, and who then experienced at least a 20% decline in that level, were enrolled in part 2 of the phase 3 trial. Participants were blinded and randomized in a 2:1 ratio to continue a pegvaliase regimen of either 20 mg/day or 40 mg/day or to take a matching placebo. This phase of the study included subjects who were already taking pegvaliase because the adverse effects that often occur as a patient begins a pegvaliase regimen would have revealed who was taking the medication and who was taking a placebo. The trial ran for 8 weeks, and investigators measured blood Phe levels at regular intervals.

One of the most difficult obstacles that patients with PKU face is a severe restriction on their diet, with high-protein foods such as meat, fish, eggs, cheese, beans, and nuts generally off-limits.

“PKU treatment, to date, has relied upon extreme restriction of dietary phenylalanine intake through a complicated, unpalatable protein-restricted diet that must be maintained for life,” Cary O. Harding, MD, professor in the department of Molecular & Medical Genetics at Oregon Health & Science University, told Rare Disease Report® in a past interview.

He added that for many adults, “adherence to this strict diet has essentially been impossible” and that the majority of those with PKU are unable to successfully maintain blood phenylalanine concentrations within the recommended treatment range of 120 to 360 μmol/L.

As such, pegvaliase may be a game changer. 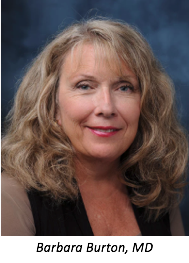 “Pegvaliase is very effective in metabolizing phenylalanine, making it possible for most patients who respond to the medication to consume a normal amount of food protein,” Barbara K. Burton, MD, professor of pediatrics at the Northwestern University Feinberg School of Medicine, director of the PKU clinic at the Ann & Robert H. Lurie Children’s Hospital of Chicago, and an author of the study, told Rare Disease Report ®.

“Eighty-one percent of patients respond to one of the 2 FDA-approved doses,” she added. “Only 40% of [patients with] PKU respond to sapropterin. Although [sapropterin]-responsive patients have a lowering of their blood phenylalanine level and an increase in their tolerance of natural protein in the diet, they are rarely able to consume a completely normal diet.”

For all its promise, pegvaliase does have associated adverse effects. These include arthralgia, injection-site reactions, headaches, anxiety, and fatigue. A rarer but still real risk is that of anaphylaxis, which means pegvaliase users must have access to epinephrine auto-injectors. According to Dr. Burton, these adverse effects typically dissipate as patients adapt to the drug. “They all decline in frequency very significantly after about 6 months of treatment,” she said.

Palynziq is specifically intended for use by patients with PKU over the age of 18 who have blood Phe levels at or above 600 μmol/L while following their current therapies. Dr. Burton said she is hopeful that pediatric trials in the future will enable the approval of new therapies for the treatment of babies and children with PKU. Early treatment can help those who suffer from PKU avoid problems such as intellectual disability and seizures, which can occur if the disease is uncontrolled.

“Palynziq is truly a revolutionary treatment approach to PKU,” Dr. Harding said. “I predict that it will potentially transform the quality of life for many patients who have not had success maintaining low blood phenylalanine levels through dietary therapy.”
Ms. Saloman is a health writer with more than 20 years of experience working for both consumer-and physician-focused publications. She is a graduate of Brandeis University and the Medill School of Journalism at Northwestern University. She lives in New Jersey with her family.

Click here to sign up for more HCPLive® content and updates.
Related Coverage >>>
Point-of-Care Newborn Testing Could Improve Pediatric Sickle Cell Care
The Critical Role of Molecular Profiling in Cholangiocarcinoma
Cerebral Palsy Risk Among IVF Children Continues to Decline
You May Also be Interested in
Most Popular
Denise Daley, PhD: Early Asthma Interventions for Infants
Top 10 Painkillers in the US
Opinion: Fellow Physicians, Please Stop Devaluing Your Medical License
How to Spot a Bad Doctor
Flu Cases Near 30 Million in the US, CDC Reports