Palliative Care Reduces ICU Use by 10% 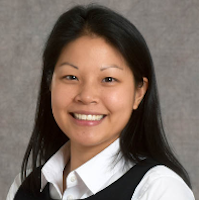 Implementation of palliative care at a hospital was associated with a 10% reduction in ICU use for patients who died during hospitalization, according to new findings.

Lead author May Hua, MD, MS, an assistant professor of anesthesiology at Columbia University College of Physicians and Surgeons, and colleagues analyzed data from 51 New York hospitals that either did or did not implement palliative care to learn if the services decreased the use of intensive care at the end-of-life for hospitalized patients. Along with a reduction in ICU use, implementation of palliative care services also reduces treatment intensity for end-of-life hospitalized patients.

Implementing such care programs could be a way to improve the quality of end-of-life care for patients who die in the hospital, Hua said in a statement. What’s more, a decrease in end-of-life ICU use could translate to a significant cost reduction—a reduction of just 4% could lead to savings of approximately $265 million per year in the US.

The investigators included patients at least 18 years old who died during terminal hospitalization in 1 of the 51 New York hospitals. Among the hospitals included in the study, 24 had a palliative care program and 27 reported never having one.

The primary outcome was whether the patient received intensive care in the ICU. Additional outcomes included the length of hospital stay, use of dialysis, and days in the ICU and use of mechanical ventilation.

Overall, 73,370 patients died while hospitalized during the study period. More than half (51.3%) of the patients received care in hospitals with palliative care programs, while 48.7% were in a hospital without implementation of such programs.

ICU admission during terminal hospitalization was more frequent for patients cared for in hospitals with palliative code (50.9%) than those in hospitals that did not (46%).

Patients who had care in a hospital after implementation of a palliative care program were less likely to receive intensive care than those in the same hospital pre-implementation of the program (49.3% after vs 52.8% before, P <.001). There was a significant decrease when the investigators compared the results to those who received care in hospitals that never had palliative care (aRR .9 [.85–.95], P <.001).

Hospital-based palliative care was not associated with significant decreases in length of hospital stay, use of dialysis, or with difference in ICU days or use of mechanical ventilation for patients admitted to the ICU.

The study, “Association between the Implementation of Hospital-Based Palliative Care and Use of Intensive Care during Terminal Hospitalizations,” was published online in JAMA Network Open.

Click here to sign up for more MD Magazine content and updates.
Related Coverage >>>
JUUL Use Significantly Jumped Among Young US Adults Since 2018
Marijuana Use Prevalent Among Cardiovascular Disease Patients
HCPLive Announces New Tweet Chat Series with SoMeDocs
You May Also be Interested in
Most Popular
Medical Marijuana Could Improve Sleep Quality for Chronic Pain Patients
What Should I Do With This Abnormal ALT?
Top 10 Painkillers in the US
FDA Approves Teprotumumab for Thyroid Eye Disease
Ligelizumab Improves Chronic Urticaria Symptom Control Versus Omalizumab