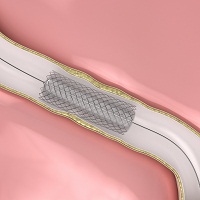 Results of a recent real-world study will come as a relief to many, as a team of European investigators have found devices coated with paclitaxel used for widening blocked arteries in legs and feet are safe and not linked to an increase in death.

“To our knowledge, this is the largest real-life group of patients that has been evaluated with long-term follow-up from the time that paclitaxel-coated devices were first introduced,” said lead investigator Eva Freisinger, MD, physician at the University Hospital Münster, Germany. “Our work provides a solid base of evidence that will be difficult to rebut. We expect the FDA and other regulatory authorities will very likely amend their statements on safety concerns on paclitaxel-based devices."

In an effort to determine whether use of paclitaxel-coated stent and balloons put patients at an increased risk of death, investigators conducted an analysis of insurance claims data from the German BARMER Health Insurance database. Analysis of claims from 2007, which was the first year paclitaxel-coated devices were brought to market, until 2015 provided data on 9.2 million patients.

From this group, investigators identified 64,771 patients with peripheral artery disease and an index procedure between 2007 and 2015. Additional analyses were performed on patients depending on whether they received a drug-eluting stent(DES), drug-coated balloon(DCB), bare-metal stent, or uncoated balloon.

From the cohort of 64,771 patients, investigators identified total of 107,112 endovascular revascularizations(EVR) using 23,137 drug-eluting devices(DED). Of these, 9401 used DCB devices and 1395 used DES devices.

During the course of the study period, 41.9% of patients died. The performance of any EVR was associated with increased mortality risk for the first 2 years(first and second year: HR 1.03; P=0.004 and P=0.013). This association was not verifiable in following years.

Investigators pointed out use of paclitaxel-based DES sometimes resulted in increased hazards became apparent beyond the fourth year past application, but these associations with increased long-term mortality could not be statistically confirmed for up to 11 years after DES application (HR between 0.64 and 1.10; all P>0.057).

Investigators also noted DCB was associated with decreased long-term mortality for the first year after application (HR 0.92; P<0.001), and indifferent correlation in the years thereafter (all P>0.202).

"Our study illustrates the value of research using data from health services to rapidly assess safety concerns in real-life groups of patients,” Freisinger said in a release.

This study, “Mortality after use of paclitaxel-based devices in peripheral arteries: a real-world safety analysis,” was published online in the European Heart Journal.

Click here to sign up for more HCPLive® content and updates.
Related Coverage >>>
Preeclampsia Linked to Negative CV Outcomes Following Pregnancy
Depression Linked to All-Cause and Cardiovascular Mortality
Cardiovascular Outcomes Underreported in Cancer Trials
You May Also be Interested in
Most Popular
The Fear of the Coronavirus, and the Reality of the Flu
Magic Johnson Celebrates Life 25 Years After HIV Diagnosis
Ustekinumab Successful as a Target Therapy for Crohn's Disease
Implementing Price Transparency Tools at Ambulatory Care Centers
Depression Linked to All-Cause and Cardiovascular Mortality