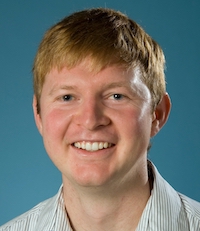 David Powell, PhD
The remanufacturing of OxyContin into an "abuse-deterrent formulation" has been identified as a key contributing factor in opioid abusers switching to heroin injections and the corresponding surge in hepatitis C virus (HCV) infections, in a new Rand Corporation study.

Although injection drug use has previously been identified as a predominant risk factor for HCV infection and the opioid epidemic has been suggested as a driver of the recent rise in infections, David Powell, PhD, Senior Economist at the Rand Corporation, Arlington Virginia, and colleagues noted that increased HCV infections appeared to coincide with the reformulation of OxyContin.

"While opioid overdoses and addiction increased steadily in the 2000's—primarily driven by the misuse of opioid analgesics (that is, their use for non-medical reasons)—rates of hepatitis C infections were stagnant or in decline before 2010," Powell and colleagues observed. "It was not until 2010 when OxyContin—one of the most commonly misused opioid analgesics—became reformulated, that the infections began to surge."

The investigators obtained the rate of new acute HCV infections in each state from the National Notifiable Diseases Surveillance System administered by the Centers for Disease Control and Prevention (CDC). Their measure of non-medical use of OxyContin and other analgesics was drawn from self-reported data of the public-use National Survey on Drug Use and Health.

Several measures were taken to validate the comparative analysis, including testing whether the nonmedical use of other analgesics such as hydrocodone, tramadol, and morphine predicted HCV infections following the OxyContin reformulation. In addition, their analysis controlled for contemporary changes in opioid use policies and enforcement practices, such as prescription drug monitoring programs, pain clinic regulations, and disruption of major "pill-mill" operations.

Powell and colleagues found that incidents of OxyContin misuse fell by more than 40% after reformulation, in data collected between 2010 and 2015, and that this coincided with sharp increases in both heroin-related mortality and HCV infections. In the comparison between states, the investigators found that those with above-median OxyContin misuse before the reformulation experienced a 222% increase in HCV infections in the post-reformulation period. In contrast, the states with below-median misuse experienced a 75% increase. That difference did not coincide with other pain reliever misuse and remained when several other potential confounders were accounted for.

"These results show that efforts to deter misuse of opioids can have unintended, long-term public health consequences," Powell said in a statement. "As we continue to develop policies to combat the opioid epidemic, we need to be careful that new approaches do not make another public health problem worse."

Rosalie Pacula, PhD, Senior Economist at the Rand Corporation, Santa Monica, California and a co-author of the study, elaborated on the need to go beyond deterrent measures and abuse deterrent formulations.

"It is important that strategies that limit the supply of abusable prescription opioids are paired with polices to ease the harms associated with switching to illicit drugs, such as improved access to drug treatment and increased efforts to identify and treat diseases associated with injection drug use," Pacula said.

The study, “A Transitioning Epidemic: How the Opioid Crisis is Driving the Rise in Hepatitis C,” was published in Health Affairs.

Click here to sign up for more HCPLive® content and updates.
Related Coverage >>>
Laparoscopic Ileocecal Resection Comparable to Anti-TNF's for Crohn's Disease
Insufficient Data to Accurately Monitor Most At-Risk Communities for Flu
Baloxavir Effective in Preventing Spread of Flu
You May Also be Interested in
Most Popular
Picking up the Pace: Progress on Artificial Kidney
Physicians and Patients Need to Discuss the Benefits of Clinical Trials
Physicians Stop RA Medications Too Soon Before Surgery
Denise Daley, PhD: Early Asthma Interventions for Infants
Top 10 Painkillers in the US